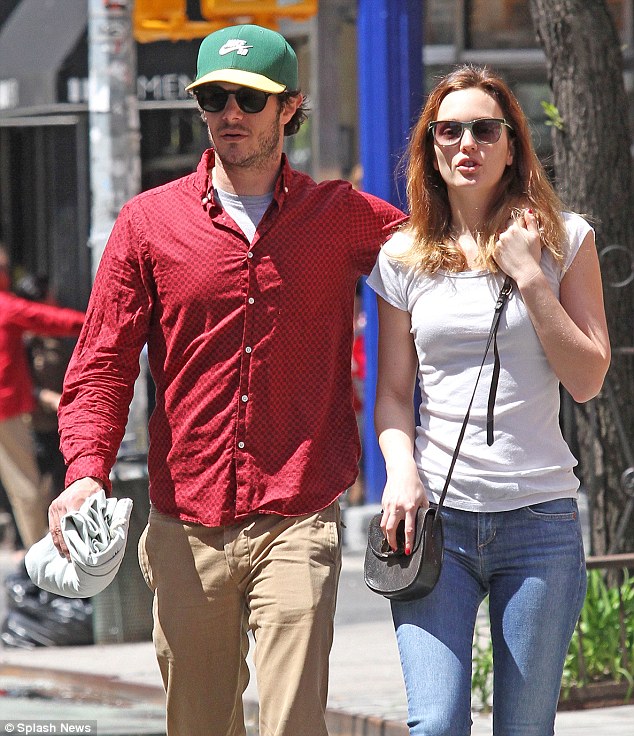 They were married in February.

And it appears the honeymoon isn't over for lovebirds Leighton Meester, 28, and her new husband, Adam Brody, 34.

The blissful newlyweds were captured affectionately doting upon one another during a Thursday stroll in New York City's East Village, complimenting each other in casual ensembles, including Brody's seemingly ever-present green Nike cap.