Jourdan Dunn has taken to Twitter to question Lily Allen's lyrics on new song 'Insincerely Yours'.

The model appeared to be unhappy with Allen's reference to her in the song, and in particular a lyric which refers to "ugly kids". 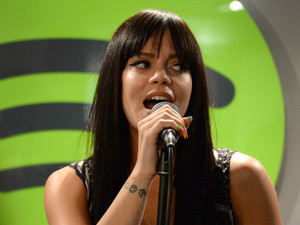 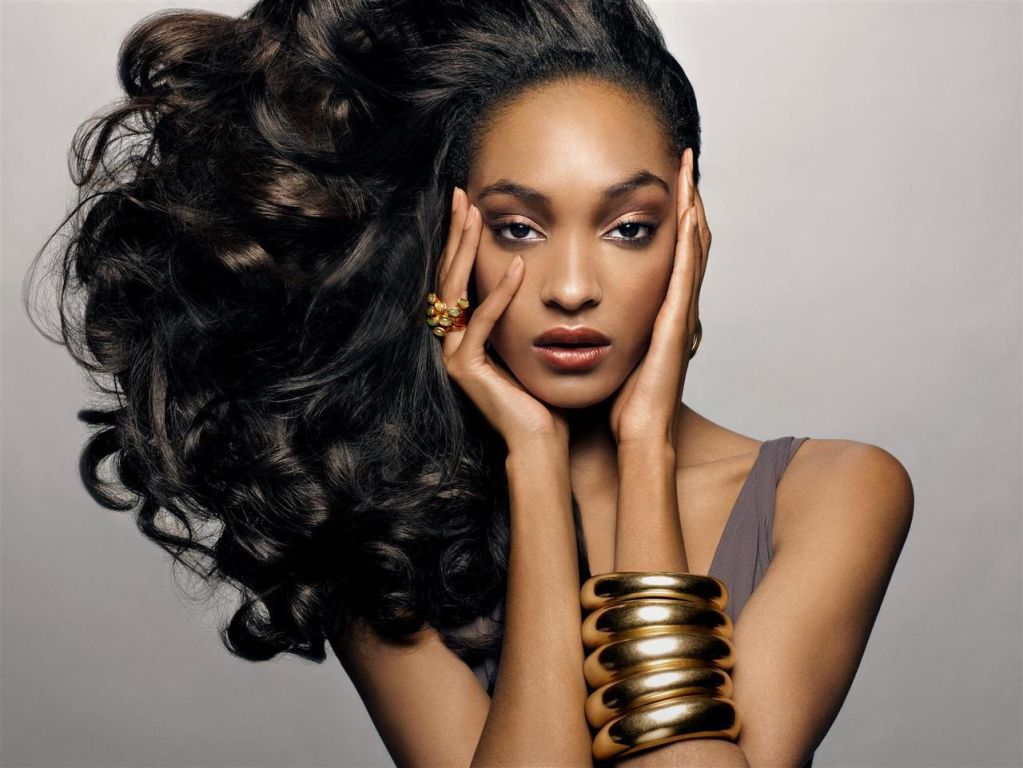 'Insincerely Yours' includes the lyrics:

Dunn tweeted: "Errm @lilyallen who's 'ugly kids' was you talking about in this song??" 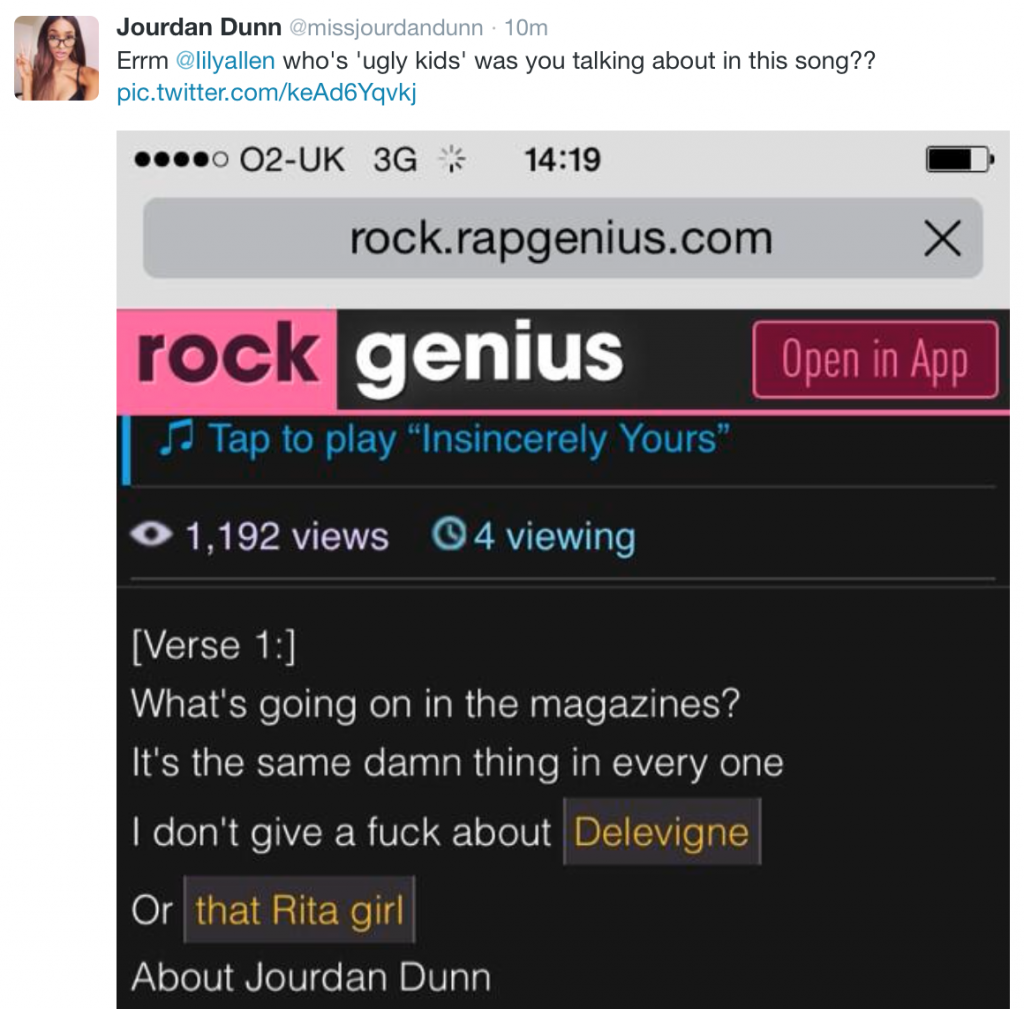 Allen quickly replied to the message, explaining: "@missjourdandunn it's a reference to something another artist said about my children on twitter.also, only mentioned you cause your name rhymes with 'one' . Sorry."

Dunn replied: "@lilyallen Ohhh because my name rhymes with 'One'!!!!! Look at you, you lil lyrical genius!!"

The lyric appears to reference comments made by Azealia Banks during a Twitter row with Allen last year, when she called her husband and children "ugly". 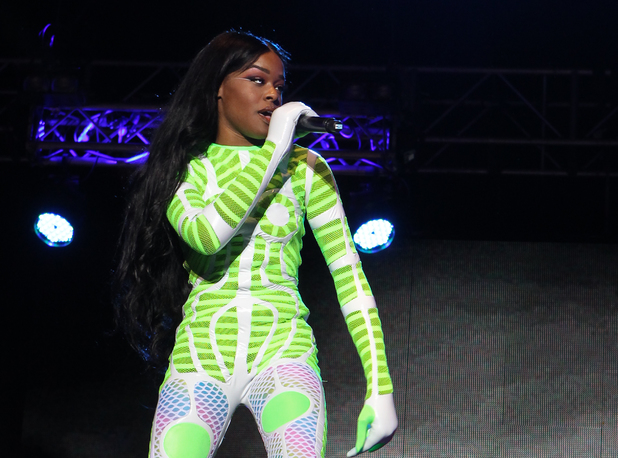 Azealia Banks labelled Allen's husband and children "ugly" last year
The 'Hard Out Here' singer followed up her tweet to Dunn with another message, posting: "People are so gagging for beef , seriously 'get out more'."

Allen said that she is "sick of explaining" her lyrics to people, adding: "If you don't get it or like it, look the other way. Simples."

I'm sick of explaining my lyrics to people, they're pop songs, no more, no less. If you don't get it or like it, look the other way. Simples