Cressida Bonas Is on Compassionate Leave from Her Marketing Job

While Prince Harry has been partying it up in Miami for best pal Guy Pelly’s bachelor party, Cressida Bonas has been nursing a broken heart at home. 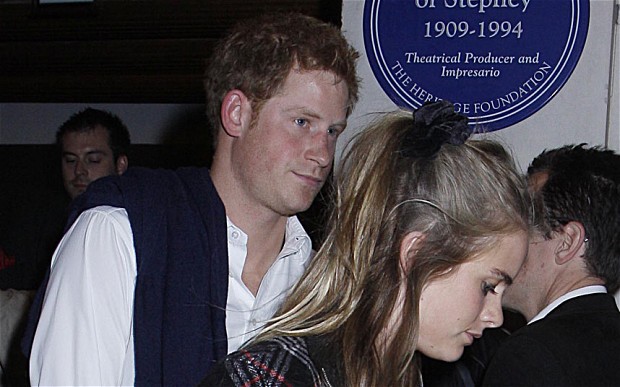 Cressida was due to be attending the society wedding of Pelly and heiress Lizzie Wilson in Memphis this weekend, but she has pulled out, after splitting from Harry. She is believed to have ended her two-year-long romance with the Prince last week, but that doesn’t mean she’s not taking the split badly.

According to sources, Cressida, who is currently working for a marketing company in London’s Soho, has been given compassionate leave from work, while she gets over the break up. She was photographed earlier this week looking tired and drawn as she made her way to the office, and hasn’t been seen since then.

“Cressida can’t stand the fact that everywhere she goes, someone takes a picture of her on their smartphone especially when she is feeling down,” says a friend. “She has been told it’s O.K. for her to take some time off work.”

When Kate Middleton broke up with Prince William in 2007, she was also given time off from her job as an accessories buyer for the firm Jigsaw so that she could avoid the paparazzi camped outside the company’s head office.

The constant intrusion into her private life is said to be one of the key factors behind Cressida and Harry splitting up. A family friend told Royal Watch recently: “We do worry that Cressida doesn’t have a thick-enough skin to be a royal girlfriend.”

While William and Harry celebrate this weekend in Memphis, let’s hope the Duchess of Cambridge picks up the phone to Cressida, and gives her some good advice; after all, Kate has been in the same unenviable position of being a heartbroken royal girlfriend, herself.

Being a Royal GF would suck
source