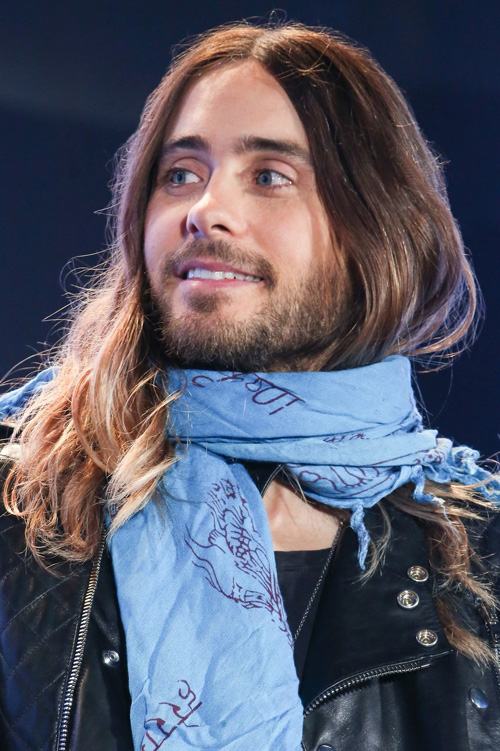 The Thirty Seconds to Mars frontman tells THR of his updated music biz perspective since wrapping his doc "Artifact," which aired Saturday on VH1.

After nabbing a slew of acting awards for his turn as transgender drug addict Rayon in Dallas Buyers Club, Jared Leto is refocusing on music. But before Thirty Seconds to Mars’ recently announced US summer tour, the legal battles of the band’s past were fully rehashed, when Leto’s music biz documentary Artifact aired Saturday on VH1 and Palladia.

While Artifact outlines 30STM’s tug-of-war with EMI — the band’s manager Irving Azoff, Incubus’ Brandon Boyd and Linkin Park’s Chester Bennington expand on their own music biz battles, and 30STM bandmates Shannon Leto and Tomo Milicevic also share their musical journeys — the film doesn’t touch on a thorny topic that irk musicians today: streaming. Recently, American Idol label 19 Recordings filed a suit against Sony Music for at least $10 million in damages, part of which is rooted in the alleged underpayment of streaming royalties for hits from Kelly Clarkson, Carrie Underwood, Chris Daughtry and more Idol alumni. Over the last year, Radiohead’s Thom Yorke, Atoms for Peace’s Nigel Godrich, David Byrne and Steven Tyler are among the many who have voiced their concerns over streaming services’ inadequate royalty payments, and Bette Midler tweeted earlier this month that Pandora paid her $114.11 for more than 4 million song spins over a three-month period.

“The market’s going to react to what people want, and it obviously seems like there are a lot of people out there who want to stream music, because it’s fun,” admits Leto of Pandora, Spotify and similar platforms. “But there’s also another side to it: There’s a perception that music is free. Even if you’re paying for a premium service, you still have music at your disposal. It’s the sort of thing where sometimes you watch a movie on Netflix, and if it’s not good in the first five minutes, you’re likely to just turn it off and go look for something else, not knowing that if you put in the time, maybe 30 minutes later, maybe your mind will be blown.”

“We all know that, as content creators, artists and musicians, a great deal of our work is going to be streamed, but the issue is that artists are getting the short end of the stick,” he continues. “The streaming companies are paying record labels, but record labels are not paying artists. I’d welcome anybody to debate that. Record companies are taking giant advantages. They’re taking pieces of stock options or technology companies in exchange for guaranteeing rights to artists’ streams; there are all kinds of deals being made, and artists aren’t a part of those deals. I think artists don’t have a seat at the table when it comes to being part of the conversation about the future of technology and creativity. There’s a blueprint being made, and artists should be part of the design.”

This current status of the music industry is a catch-22 for artists that, Artifact highlights, was magnified with iTunes’ singles offerings: Audiences no longer have to purchase an entire album to endlessly enjoy just one song, as previous generations of music consumers did. But at the same time, the newly unsigned band is thankful for the Apple disruption — the very platform that has also helped to share Artifact.

“Technology has been a gift for so many of us – for artists, it’s given us the ability to write, record and distribute music quicker, cheaper and easier than ever before,” Leto tells THR. “It’s still difficult as ever to find an audience and write songs, but it has empowered us and made us less reliant on traditional third parties.

"I think we’re in a state of transition — the power [record labels] once had has been eroded, with the help of technology, social media, and new and alternative distribution methods, but there still isn’t a clear new model,” he says of musicians’ futures. “You see people experiment and have success, but largely, they’ve been one-offs and gags, and they haven’t been duplicated with much success.

"I do believe it’s an industry ripe for disruption and has a massive amount of potential, but for people taking a traditional route, when you get to a place that we are at, I think that things are likely to get worse before they get better. You have to be innovative or you die.”

ontd, do you stream music? have you designed a new business model for the music industry?