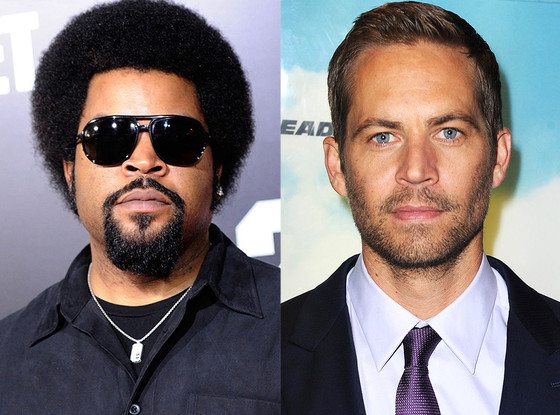 The rapper turned actor says the late star shouldn't have won posthumously and insists he and Kevin Hart should have taken home the trophy for their performances in Ride Along.
"We was robbed," Ice Cube told USA Today. "Shame on you, MTV."
Ice Cube says Walker, who died in a car crash back in November, only won out of "sympathy."

"We had the best chemistry of everybody nominated, for us not to win was crazy," Ice Cube told the newspaper of himself and Hart. "We were the best onscreen duo, period."
"They should have gave it to him before he passed away," Ice Cube added of Walker's win.
Walker's posthumous win isn't the only thing that has the hip-hop star peeved.

Ice Cube also dissed last night's MTV Movie Awards by leaving mid-show.
"I just wasn't into it," he said. "I have been going in and out of these things for 25 years. If you ain't into it, why torture yourself? As soon as you get bored, get up and leave."

Re: The MTV Awards. I wasn't really mad we didn't win. So I would never diss the actors who won. Not even Paul Walker. Seriously people!