Selena NOT Keeping Up with the Kartrashians! 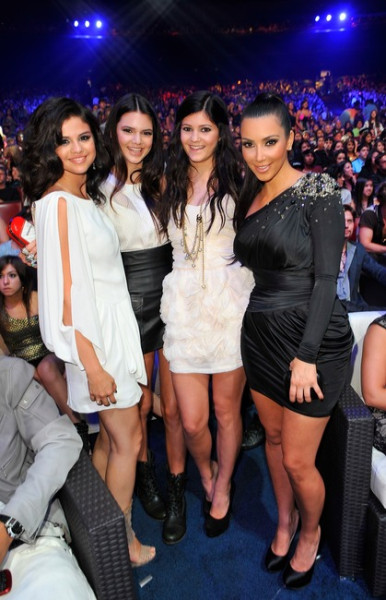 There is NOT a plan to put Selena Gomez on ”Keeping Up with the Kardashians,” despite speculation on VH1’s unbearable “The Gossip Table.”
On Tuesday, the facts-challenged morning show tried to turn Gomez’s hangout with Kylie and Kendall Jenner over the weekend into something more, with one poorly informed panelist explaining that Kris Jenner is “begging” her daughters to get Gomez to appear on the show.
“The Gossip Table” says the singer-actress has been “approached” to come on “Keeping Up with the Kardashians.”
This is not true.
A source close to the production tells Gossip Cop there’s been no discussion linking Gomez to the show.
While celebrities who make their way into the Kardashians’ orbit always could potentially be on an episode, we’re told there’s nothing to this rumor at the present time.
Of course, it’s not the first time “The Gossip Table” has fabricated a story about the Kardashians’ television pursuits or spread a false report about Kris Jenner’s behind-the-scenes moves.
Source