Tom Daley talks being mates with One Direction: 'After the Olympics I'm closest to Liam Payne' 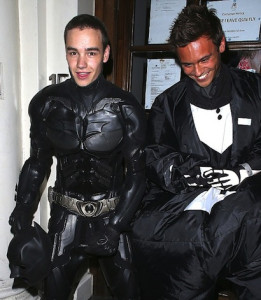 As if being an Olympic diver wasn't enough to be going on with, Tom Daley can also count One Direction among his close pals and after sticking up for him through all the Twitter abuse he got during the games, it's Liam Payne who he's ended up closest too.

Having buddied up during the London Olympics, Tom and the lads have hung out a lot, including have a drink or two together at James Corden's wedding back in 2012. But with busy schedules it can be hard for them all to see each other as much as they'd like and it sounds like Tom is going to have to make do with being pen Snapchat pals for the time being.

Asked if he and the 1D lads are still best pals, Tom told Heat: "I guess you could say that but I haven't seen them for a long time. They're so busy and dates never work. Niall came down to watch Splash! though."

But it's the Paynis that Tom has spent most time with and he added: "After the Olympics I would say I was closest to Liam."