Nirvana Played a Secret Show Last Night after the R&RHoF 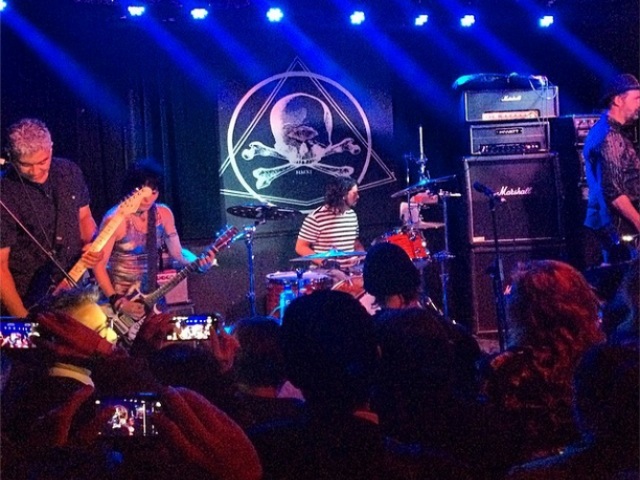 Nirvana was officially immortalized Thursday night, as the band got inducted into the Rock & Roll Hall of Fame. They also performed some songs with Joan Jett on vocals, among other special guests.

The fun didn’t stop there: Nirvana also played a secret, invite-only show in front of just 230 people at Saint Vitus in Brooklyn. And they brought all the same special guests along with them. Here’s “Smells Like Teen Spirit” from that show:

Even without Kurt Cobain, this had to be a special night for those in attendance. They had to at least feel Kurt’s presence as the show went on.