Having locked down its directorial choice in The Disappearance Of Alice Creed’s J Blakeson, Sony and GK Films have been on the hunt for a star for its new sci-fi thriller The Fifth Wave. You can now consider that position filled, as Chloe Moretz will be taking the lead.

With Susannah Grant on script duty adapting Rick Yancy’s novel, The Fifth Wave is set in the aftermath of a series of deadly alien attacks on the Earth. The evil extra-terrestrials have been slowly winnowing down our defences with a series of attacks that leave our planet a darkened, doomed place where its new conquerors roam in near-human form, picking off survivors.

Moretz is set to play Cassie Sullivan, a young woman hoping to rescue her brother who figures that her safest bet is to travel alone. Until, that is, she meets the beguiling Evan Walker, who could very well be her last hope. But can she trust him?

Yancy’s first book was published last year, and when Sony snapped up the rights, they included his proposal for a three-book series, so no doubt the producers are hoping this spawns a Hunger Games/Divergent-style franchise.

As for Moretz, she’s got several films queued up waiting for release including existential teen drama If I Stay, Gillian Flynn thriller Dark Places and Denzel Washington action drama The Equalizer, which is due on 10 October.

sundaymournin
April 11th, 2014, 05:27 pm
the 5th wave has been on my to read list. i have one more book to finish before i start. the premise sounds promising.

icecoldrain
April 11th, 2014, 07:09 pm
I hated it. It was pretty good until the pointless romance plot started. It just fell apart from there.

aoyana
April 12th, 2014, 12:37 am
It starts out interesting but loses steam really quickly. I gave up close to the half way mark (as background, it is 1 of only 2 "gave-ups" on my goodreads profile).

Not worth it. It's predictable, the writing style is tedious, AND it has the dreadful stalker-romance trope that YA is full of.

chandyland11
April 11th, 2014, 05:46 pm
Not a bad choice. I know she was a lot of peoples' top choice for the role, so she'll be well recieved. She's a better actress than who I pictured while reading the book: 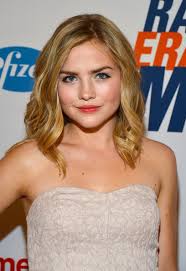