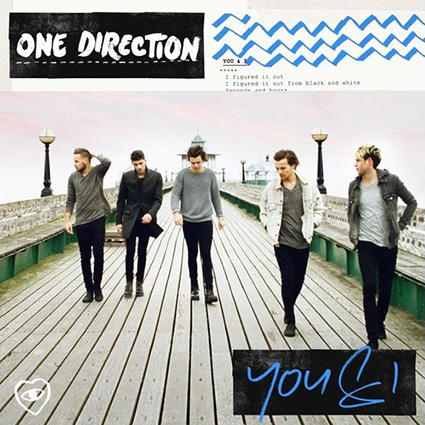 If you've been bopping about to Liam Payne's Big Payno Remix of One Direction's brand new single You & I thinking 'this is all well and good, but when am *I* gonna get chance to show off my mad sick skills on the decks?', YOUR TIME HAS COME. Yup - the 1D boys have just announced a fan remix challenge, asking us lot to put our own spin on the big ballad a la Captain Payngerous. Move over David Guetta and take a seat Calvin Harris.

The fellas have chucked all the different parts of the track - from the ad libs to some ridiculously beautiful high notes - right about here, asking Directioners to follow Liam's lead and create their own remix of the track. THEN Big Payno's gonna publicly playlist his favourite mixes every week. Slightly ridiculous but very much amazing.

Oh, also the Ben Winston-directed music video's gonna premiere on April 18th, the download bundle's out on May 25th and the tracklisting looks a little bit like this: