Selena Gomez: When and Why She and Her Parent Managers Parted Ways 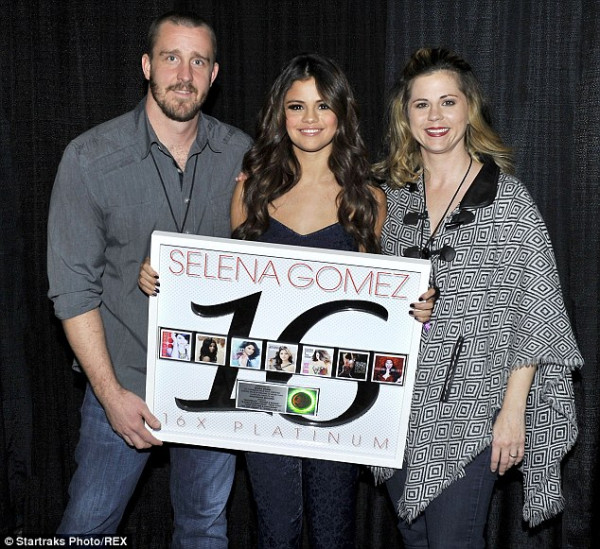 While we may just be hearing about Selena Gomez no longer being managed by her mom and stepfather, it turns out the separation isn't exactly new.
In fact, Gomez and her mom Mandy and stepdad Brian Teefey first started talking about parting ways late last year. "This has been going on for awhile," a source tells E! News. "This didn't just happen yesterday."
While her parents weren't happy when it first was going down, "everything is fine now," the source said. "They're all good."
The split became official last month.
In other words, there's no drama. "They decided it's better to focus on being a family than talking about business all the time," the source said.
They will, however, continue to work on developing and producing projects that were already in the works. Mandy and Brian are also working with their other clients.
"Listen, it makes sense because someone doesn't want their parents managing them for their whole career," the source said. "It wasn't about her parents doing something wrong or bad feelings, it was more about Selena getting older and being more independent."
All three were certainly getting along on Monday night when they attended the Alliance for Children's Rights dinner together in Beverly Hills.
"The family are longtime supporters of the Alliance for close to five years now," an inside source exclusively told E! News, revealing that Mandy and Brian's production company, LH7 Management, sponsored the dinner.
Our source also added that "Mandy was adopted and was also a teen mom, so she relates to our work," and noted that "Mandy will sometimes speak at the events. She talks about raising Selena, about rising above your situation to achieve the most out of life. She's really empowering."
Jimmy Kimmel was not only among some of the other celebs on hand, but he "did a bit of standup" as well.
Source
Tags: selena gomez
Subscribe