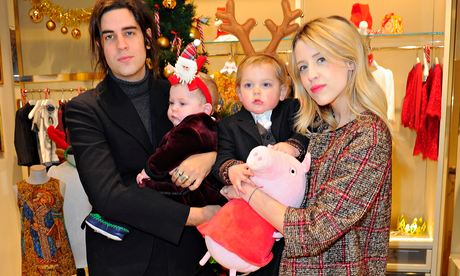 To comprehend why the death of Peaches Geldof – a famous young woman, albeit not famous for anything in particular – has prompted such public shock, one could focus on several factors. There's her young age (25), of course, her two young children (one is two years old, the other not yet 12 months) and the devastated family she leaves behind (husband, father, three sisters). But in order to understand properly the visceral sadness that followed, you need to look back further, all the way to 1995, when many of Geldof's fans and social media followers were not even born.

Back in the early 90s, the Geldofs – Bob, Paula, Fifi, Peaches and Pixie – were, before the Osbournes, before the Beckhams, Britain's first celebrity family.

Their fondness for living their lives in public, the quirkiness of the children's names, their rackety fashion sense, their cosily privileged lives – all of those are par for the course for celebrities now (even the Geldof girls' names, once much mocked by the press and public, seem downright sensible next to those of some of today's celebrity children). The family occupied a unique place in Britain, amusing but loved, rock'n'roll but stable, public but familial. They anticipated trends that are commonplace today: Bob, still "Saint Bob" then, had kickstarted the fashion for celebrities getting involved in charities with Live Aid in the mid-80s, Paula Yates wrote funny manuals on parenting, long before the idea of celebrities as lifestyle gurus was commonplace. She was Little Miss Naughty, as her T-shirts famously proclaimed, but in a safe, clean-cut and teetotal context. She loved, in particular, to write about her children: "Peaches wants more than anything to dress like the Queen Mother, circa 1935. When she was two she wore a bridesmaid's dress and full veil with diamante studded plimsolls for almost a whole year … But at least we knew what it was like to live with real, natural glamour!" Yates wrote in her autobiography.

By the mid-90s, Geldof made his already famous family even more public, having hired Yates as the celebrity interviewer on The Big Breakfast, the hugely successful breakfast TV show made by his production company, Planet24. Geldof cannily realised that his wife's fizzy flirtiness and retro-pinup looks would bring the show more adult attention than it would otherwise get. Amid Chris Evans' clowning and the neon puppets Zig and Zag, Yates would loll about on an animal-print bed flirting with celebrities in a daily interview slot dubbed – saucily, for 90s breakfast TV – In Bed with Paula. And so, one morning in 1995, she interviewed INXS singer Michael Hutchence.

For teenagers watching that interview at the time – as I was, and did – those seven minutes were somewhat disorienting. For Geldof, it must have been something else. In those days, British teenagers were not used to watching, over their Frosties, a woman in a tiny dress wrap her legs around an Australian rock star while he stared hungrily into her eyes – these were two people clearly in lust with one another. Not long after, Yates left Geldof for Hutchence, and thus began the messy, sad story that ultimately led to the public's huge outpouring of sympathy for Peaches and her family this week. 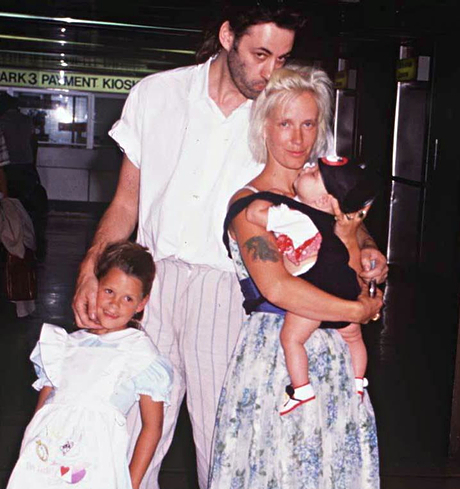 The vast majority of the people who have reacted so strongly to Peaches Geldof's death did not, of course, know her. But the intimate travails of her family have been a press fixture for so long now that many might have felt as if they did. If she had merely been a reality TV stalwart, her background unknown to the public, her death would have been sad, but not astonishing. Given what happened to her family in the past, the scale of the loss looks downright mythic.

Within a year of leaving Geldof, Yates had a daughter with Hutchence, Heavenly Hiraani Tiger Lily, and she and her ex-husband were fighting bitterly over their three daughters, with Geldof eventually winning full custody. When Hutchence was found dead in a hotel room in Australia, Yates's initial reaction was to blame Geldof for, she claimed, driving her adored lover to suicide. But once the anger passed, the grief settled over her and never left. She entered rehab, had a series of misjudged relationships and suffered tabloid exposés. Interviews with her at the time show her to be a hollow-eyed outline of the sweetly sexy woman she had once been. "I was beyond grief," Yates told an interviewer at the time.

"My mother, who was amazing, who wrote books on parenting, who gave us this idyllic childhood in Kent … turned into this heartbroken shell of a woman who was just medicating to get through the day," Peaches said in 2012. "On top of that, there was my father, who was very embittered and depressed about it, and for us children, an environment that was almost impossible."

It was at this point that Yates was hit with yet more shattering news: she had grown up believing that Jess Yates was her father, only to discover that her biological father was, in fact, TV presenter Hughie Green. The tabloids, watching over Yates' troubles with glee, crowed over this personally devastating news.

In 2000, Yates, the former teetotal rock'n'roll earth mummy, died from a heroin overdose. Peaches was 11.

"I remember the day my mother died, and it's still hard to talk about it. I just blocked it out. I went to school the next day, because my father's mentality was, 'Keep calm and carry on'. So we all went to school and tried to act as if nothing had happened. But it had happened."

The death of a parent is traumatic for any young child. For Peaches, there was added sadness in the knowledge that not even Yates's love for her children could pull her back from the heartbreak that enveloped her after Hutchence's death. "Everything changed after she met Michael," the late TV producer Andrea Wonfor, who had worked with Yates, said at the time. "She threw everything away, and found nothing left after he died."

Bob Geldof swiftly assumed custody of Tiger Lily, and the media, who had hounded Yates ruthlessly before her death, turned its attention to her daughters. Geldof and Yates's eldest daughter, Fifi, has never had any interest in publicity. Peaches, however, dived into the spotlight with an enthusiasm that proved she was truly her mother's daughter. She has said she didn't start grieving for her mother until she was "maybe 16", which is exactly when she started to become a media figure, writing for magazines and appearing on TV. It was also around this time that photos of her looking out of it at parties started to become regular features in the tabloids. Her path, one carved ahead of her by her mother, looked set. 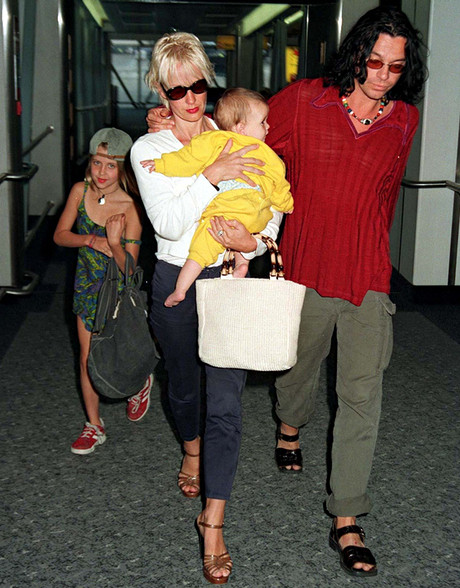 But then she switched gears and surprised everyone, just as her mother had done, but in a different direction. Where Yates rejected domesticity for hedonism, Peaches gave up the parties for a life in the country with her husband, Thomas Cohen, and their two sons, Astala and Phaedra, and she credited them, along with memories of what happened to her mother, with saving her. To the public, who had known this family for so long, it looked as if Geldof and his family had finally found redemption after a long, sad and bitterly messy saga. But again, the gears changed.

Geldof's statement following the death of his daughter – so much more emotionally charged than the bland ones usually issued by celebrity PRs – underlines another reason behind the public's shock: in contrast to most celebrity deaths, we know her parents and can imagine all too clearly her father's grief. His statement – "We are beyond pain" – echoed, perhaps unwittingly, Yates' words after the death of her lover 17 years ago. Peaches had spoken so frequently of her devastation after her mother's death, and now a similar kind of sadness has been put on her own sons, who she wanted to give a happier childhood than she had. Her half-sister, Tiger Lily, still only 18, has now lost her father, her mother and her sibling. Ultimately, the reason the public was so shocked by Peaches Geldof's death was that, even though we may not have known her, we knew her story, and it seemed too sad that it could end this way. But it has.

IDK about this, if the reaction has been exploitative or not, but the interested was birthed long ago.