Keep both your eyes open, ONTD: 'cause a MAJOR guest star is returning to Agents of S.H.I.E.L.D. 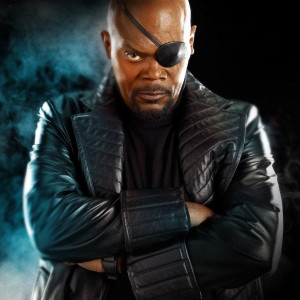 "I did! Last week! I just shot the end-of-the-season show," Jackson told Vulture. "You're trying to get me fired and killed! I don't talk about Marvel's business. None of us do. ... If they ask Kevin Feige and Kevin says, 'We'd like for you to do it,' I do."

Jackson coming back to film a role as Nick Fury is a smart move on Marvel's part considering the recent events of "Captain America: The Winter Soldier" and all the Coulson-related questions that could go unanswered as a result. Director Fury has been referenced in conversation throughout "Agents of S.H.I.E.L.D.'s" first season, appearing in the flesh only once. In the April 1 episode of the series, Coulson and his team were on their way to the Triskelion to speak with the Director when their plane abruptly changed course. This week's episode, "Turn, Turn, Turn," has a strong connection to "Captain America: The Winter Soldier" and airs April 8.".

Are you excited for tomorrow's AoS, ONTD?