Leighton Meester looks radiant as she walks her pooches 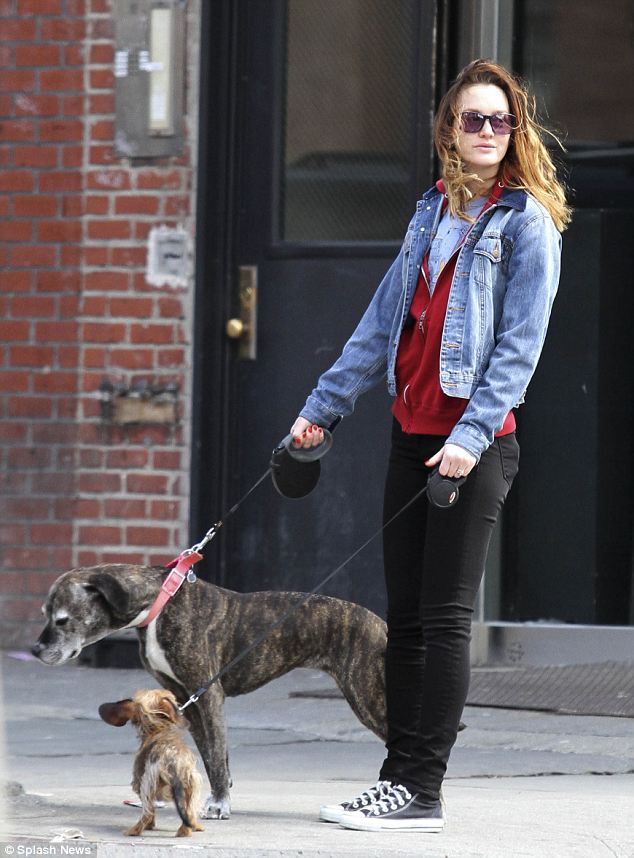 She recently shocked fans with a surprise marriage.

And Leighton Meester still had a post-wedding glow as she walked her dogs in New York on Saturday.

The 27-year-old star, who married The OC star Adam Brody in February, wore a casual outfit for the afternoon stroll. She wore a denim jacket, teamed with a red jogging top and black skinny trousers as she exercised her dogs Trudy and Penny Lane. She also proudly wore her gold wedding band alongside her diamond engagement ring. The Gossip Girl actress appeared to be wearing little makeup and sported a pair of purple-tinted sunglasses to complete her look. 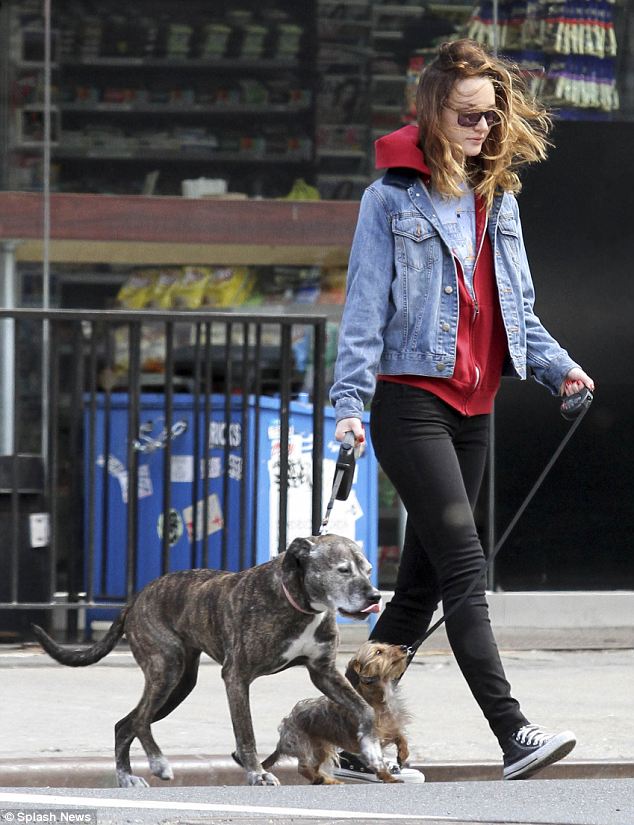 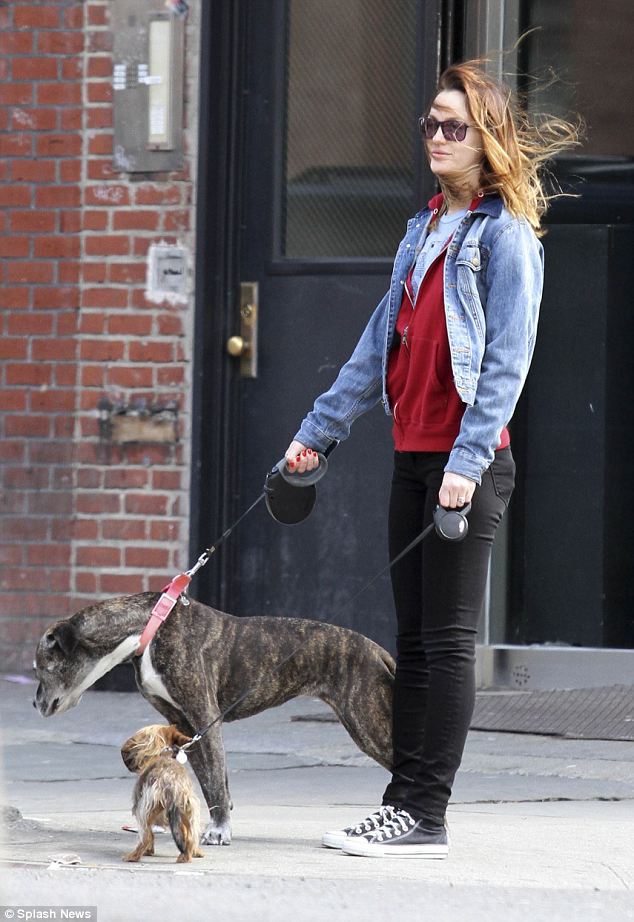 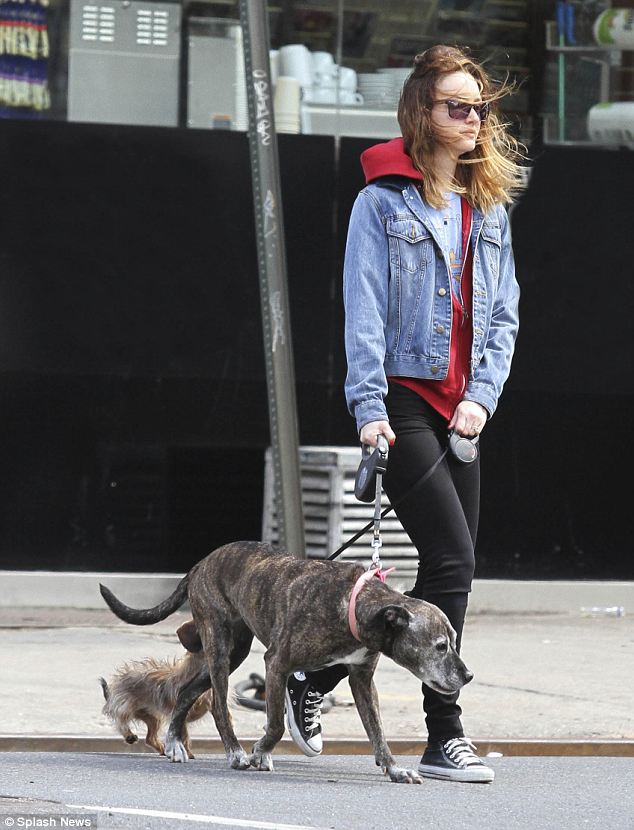