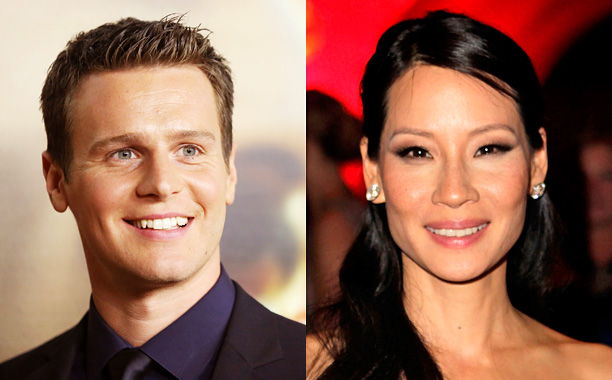 Both stars have a certified theater pedigree: Groff is well-known to theater fans for roles in Spring Awakening (which earned him a Tony nomination) and Hair, as well as on screen in Glee and Frozen (that little Disney indie you might have heard about). Meanwhile, Liu made her Broadway debut in 2010 replacing Hope Davis in the Tony-winning comedy God of Carnage.

The 68th Tony Awards, hosted by Hugh Jackman, will air June 8 on CBS, and if this season’s spectacular lineup is any indication, there will be plenty of packed categories to make for a genuinely heated awards race. 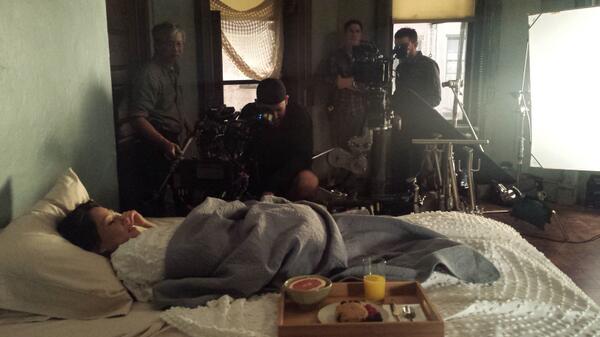 A great bunch of guys to wake up to I'm sure. #morning! #Elementary pic.twitter.com/fnWzi3QZJM

Next week: 2x20 "No Lack of Void"
A pickpocket dies of anthrax poisoning, putting Holmes and Watson on the trail of the toxin’s source in order to prevent more deaths. Guest stars: Roger Rees from "Flight Risk" and Raising Hope's Garret Dillahunt. (The trailer won't embed. Watch it here.) 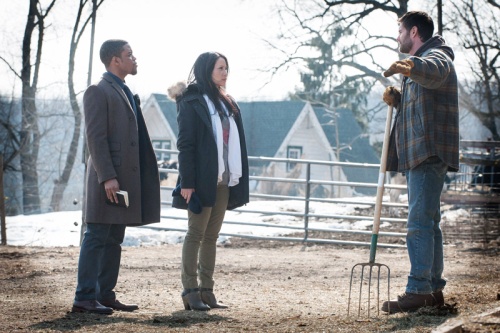