What I find is pleasing and I'm feeling fine ( 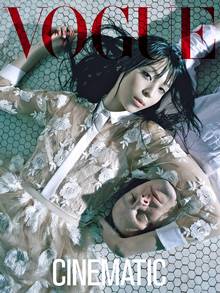 Franca Sozzani has big blue eyes and long blonde hair. She's slender, small in height and frame, a doll-like woman dressed in a full-skirted tweed skirt and striped mohair sweater, both of which seem to be from the Italian label Prada. She's 64. She looks about 12.


I hate it when people begin an interview by describing the interviewee's physicality. But Franca Sozzani is editor-in-chief of Vogue Italia – the influential, Milanese incarnation of the world's most powerful fashion magazine – so that analysis feels not only appropriate, but demanded, somehow.

Sozzani is also editor-in-chief of Condé Nast Italia, responsible for the editorial direction of 15 magazines and five websites, a role that she has held for 20 years. She has been working in fashion since the mid-Seventies, at the helm of Vogue Italia since 1988. Over the decades, she's created magazine issues that court controversy and provoke reaction. Each year, she devotes a cover and a lead editorial to a global issue she feels especially passionate about: sustainability, perhaps, or the prevalence of cosmetic surgery, or the rise of rehab as a fashionable pastime. In July 2008, she edited an issue featuring only black models, which became the magazine's bestselling edition. Sozzani says it was her proudest moment.

[here are some of the pictures from this editorial] 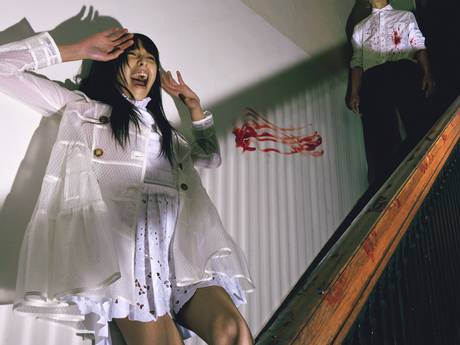 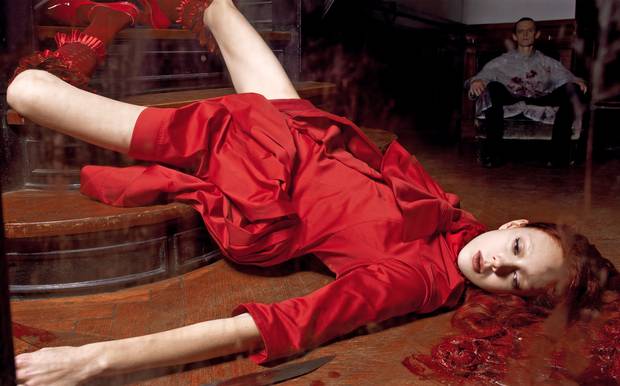 One suspects that Sozzani's pride had nothing to do with sales figures. Much is made of the publication's punch, far heavier than its circulation of just over 103,000 (or less than 10 per cent of US Vogue) suggests. Thirty per cent of its circulation is overseas, alongside more than 50 per cent of its web traffic. “Italian Vogue should not be only an Italian magazine,” states Sozzani. “You know, Italy is only a small country… we need to look abroad. We cannot only be focused on ourselves.” Put that in the context of the ferocious sense of Italian national pride – possibly best expressed on the football pitch – and the traditionally insular world of Milanese fashion, and it's tantamount to heresy.

Sozzani shrugs. I get the feeling that she shrugs a lot, shrugging off her critics and the condescension that still surrounds fashion. She was recently in Sydney, she recalls, where an Australian breakfast television show tried to caption her image “The fashion rebel”. Sozzani frowns. “I don't feel like a rebel. I feel that I have a vision and I want to go on with my vision and it is my work, this is my magazine so they give me the freedom to do it. I've always been supported by my publisher, my president, that's very important. I always had Jonathan Newhouse [Condé Nast chairman and chief executive] on my side. I think it's very important to have somebody with whom you work that really believes and really t “The idea originally was cinematic,” Sozzani explains. “When you talk, for example, with young people and you see which kind of movie [they watch], [it's] all about horror, about things that we... I don't know, not the kind of movie that I usually look at. I don't know why they have this kind of attitude to see all these kind of films and so we started to think about that and I said to Steven, 'OK, let's do [one] about [a] horror show.'” Steven is Steven Meisel, the fashion photographer who has created every Vogue Italia cover for more than 20 years.

Appearing in a magazine whose raison-d'être is fashion, the images are bound to provoke a strong reaction. I ask her if she ever considered the idea of Meisel – a man – shooting images of male violence against women as a problem. “No, no, no. When I come out with an idea, or he comes out with an idea, we know how we start, we never know how we end… Steven, for me, is the fashion photographer.”

Sozzani continues. “Seeing the pictures when I was coming out of the shoot, it was everywhere on the TV in Italy, but even all around the world, how many women are every year attacked, abused and killed? You know, in a small country like Italy only last year [the figure] was 1,700 women and almost 130 that were killed, so it's huge: it's more than two women a week, you know, it's like a huge proportion, just killed. And so I said… why don't we give that message again, especially that the horror of life is bigger than the one that you can see in the movies. This is really a horror show, what we are looking at and what we see every day in every newspaper around the world is how fragile the woman still is today, and how she can be attacked, can be abused, can be killed.”

This may not make the images palatable to everyone, but Sozzani is quick to point out one thing. “It was not against men, it's about the fact that women have to be defended. And a lot of people are already doing something, because I know that even some other people in fashion are really committed to defending women and raising awareness, to empower women.”

Nevertheless, many question how appropriate it is to tackle the kind of major global issues Sozzani takes on – racial prejudice, violence against women, environmentalism, drug rehabilitation – through the pages of a glossy fashion magazine. Even more fundamentally, questions are raised as to whether the images can avoid trivialising or glamorising these issues. “We are aware that it's happening, and so we are together against it,” states Sozzani, unequivocally. “I'm with you, not against you.”

For Sozzani, it's an issue of exposure – for the issue at hand, not the issue of the magazine. “Especially today, fashion is approachable by everybody. Everybody knows about fashion through the internet, everybody can become a blogger or fashion critic, so fashion is part of the life of everybody today, more than it was in the past. So, to use fashion in a way to communicate something else, I think, is very interesting.” Sozzani, however, is patently aware of the arguments for and against her ideas. “We sell the dream because we are a magazine; we are the dream, no? Vogue... But at the same time, we can give people the opportunity to have a voice, for awareness.

”It's not about provocation, at all,“ says Sozzani. ”I'm conscious that all the time I take risks, I am very conscious about that, I have a lot of conscience about that. It's not that I don't care, it's because I think that fashion is such a good medium, that if you use fashion in the right way, you can talk to everybody. I joke that I invented Instagram 25 years ago, as I was only talking through images... because who speaks Italian? – Nobody. So images are the only way in which you can talk to everybody.

Ageless: 'Vogue Italia' editor-in-chief Franca Sozzani, aged 64 going on 12 Ageless: 'Vogue Italia' editor-in-chief Franca Sozzani, aged 64 going on 12
Despite the fact that both Franca Sozzani and her elder sister both work, highly successfully, in fashion (Carla, 66, is an Italian gallerist and the founder of the concept boutique 10 Corso Como in Milan. The sisters Sozzani are often seated alongside each other at the international collections), neither comes from a fashion background. Franca, for example, studied Russian and German theology at university, and describes her entry into the world of fashion as happening “by chance. Personally, I loved it… but I never thought to work only in fashion.”

Hence the fact that her fashion magazine isn't so preoccupied with fashion, and her approach isn't that of a traditional editor. Of all the Vogue heads around the world, Sozzani is the only one with her own blog, often used as a forum by her to raise issues and discuss the controversies that sometimes surround her editorial decisions.

“They argue,” she grins, talking about the audience on the magazine's website vogue.it. “Sometimes I argue. I argue with their answers, with their comments, which are sometimes very mean, but in a way I think that it's very interesting… it's a very good way to talk to people with different points of view, because when you do a monthly magazine, you only think about your point of view. It's very interesting to see things how they see them.”

Considering that Sozzani has showcased images of everything from models doused in crude oil (a comment, she says, on climate change, rather than the 2010 BP oil spill they unfortunately coincided with) to cosmetic surgery (a 2005 story called “Makeover Madness” starring Linda Evangelista, “about the way this abuse of Botox and everything has become ridiculous and makes people look ridiculous”), the obvious question is if there's any issue she wouldn't tackle in the magazine? “Not for me. I think that anything could be in the magazine,” says Sozzani.


“The only thing that I don't like is vulgarity. Some people could take offence [with] some of these images.” She taps the Meisel “Horror Show” editorial. “But it's their problem, it's not my problem. I don't care about the people in fashion,” she adds. Then she smiles – Sozzani smiles a lot, perhaps that hasn't been made clear. She isn't dour or confrontational or unhappy with her place in fashion. She revels in it. So she backpedals a little.

“I care, of course, but it's not that I only do the magazine thinking about them – this person, that person, that designer. No, I think about not what could make the magazine different, but what could make a good issue, that people will remember. Anyway, I'm using fashion! I'm using what everybody else is using. I'm more or less using the same girls that everybody's using. I'm very politically correct in this way, but in the other way, I feel that we can use fashion in a different way.”

That is possibly Franca Sozzani's legacy, and the single linking theme of these “controversial” Vogue Italia issues: a different way of using fashion – the physical clothes, certainly, but also the visibility of the entire fashion system today. “We always consider fashion to be something, let's say, superficial,” she says. “For me, it's a pity, because fashion can have so many kinds of expressions. It's not only about clothes, it's not only about one dress. If it was only about that, it would be boring.”