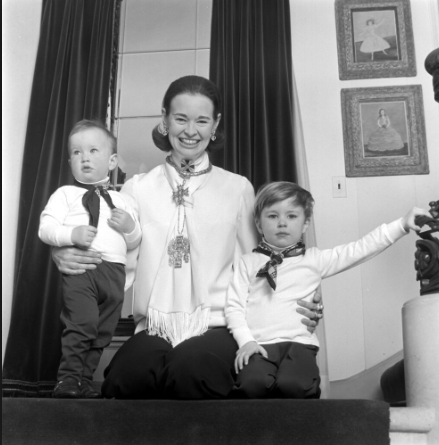 Anderson Cooper comes from money — he's a son of heiress Gloria Vanderbilt, who was born into a wealthy family and who added to the fortune by becoming a fashion designer. But as he told Howard Stern Monday, Cooper will not be the recipient of the family inheritance.

"My mom's made it clear to me that, like, there's no trust fund," he said on Stern's radio show. "There's none of that."

Not that the two don't get along, but Cooper — whoreportedly earns $11 million per year from his CNN show, "Anderson Cooper 360" — is hardly penniless, and he says it's just not his thing. He said he doesn't "believe in inheriting money" and thinks having a chunk, or all, of his 90-year-old mother's fortune (reportedly $200 million) is an "initiative-sucker" and would be a "curse."

"Who's, like, inherited a lot of money that has gone on to do things in our lives?" he asked. "From the time I was growing up, if I felt that there was some like pot of gold waiting for me, I don't know that I would have been so motivated."

Stern almost seemed to argue with Cooper, noting that Vanderbilt was the recipient of a massive inheritance, and she earned her own way. "I think that's an anomaly," said Cooper.

"She made more money on her own life than she ever ... inherited," he said. "We believe in working."

And the other half of his parents, his father, knew what it was like to come from the opposite end of the financial spectrum. (Wyatt Emory Cooper was a writer and playwright who died in 1978 of a heart attack, aged 50.)

And no, Cooper doesn't know to whom his mom will leave her money, and said they hadn't discussed it.