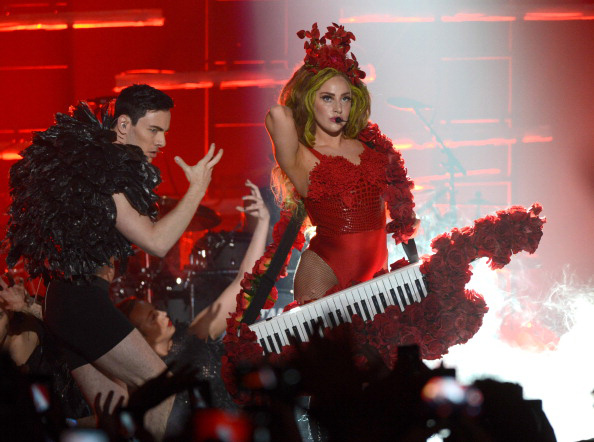 Lady Gaga has always pushed the boundaries of performance as art for some. Over the years, however, her exceptional commercial success, including 24 million albums sold, has muted most criticism. After lackluster sales for latest album ‘Artpop’, the media is questioning whether her act is getting old and her legions of fans, know as little monsters are getting scared away. The apex of that criticism may have come after her ‘vomit as art’ performance at South by Southwest when she let performance artist Mille Brown vomit paint on her during a performance. Amidst all the negative chatter, rumors have also been swirling that Lady Gaga tickets for her upcoming ARTPOP tour were suffering. The recent announcement of six additional shows are clear evidence that the tour is in good shape, and the despite an album that didn’t deliver as hoped, little monsters across the country want more.
While ARTPOP did reach number one for album sales, it did so with just a quarter of the copies that her previous album sold. Those poorer-than-expected sales contributed to a 9.3% decline in revenue for her record company’s fourth-quarter earnings report. Amidst poor record sales, many in the media have also speculated that the tour was dragging down tour promoter Live Nation. This was in part stoked by rumors that her appearance at Summerfest in Milwaukee might be cancelled due to poor sales. In response, Live Nation reported that sales of Gaga concert tickets for North America and Europe are at 80% capacity sold, which is a strong number for a tour that is still two months from kicking off. According to Athur Fogel, Chairman of Live Nation’s Global Touring division, the 29 shows that are on sale in North America have grossed $26 million in ticket sales so far, which averages to just under $1 million per show. With the additional six shows, gross revenue for the tour is now well north of $30 million.
As previously detailed, Gaga’s primary-market pricing strategy has been very fan friendly compared to some other shows like Miley Cyrus, who has priced upper-level seats more aggressively. For Lady Gaga, upper level seats for most of her shows are priced in the $60-range. The result is that while some money may have been left on the table in certain markets, the tour appears to be on track to selling out the majority of tickets. As an example, her show at TD Garden is still three-months away and there are only scattered seats available, most of which are singles. For the May 15th show at Verizon center there are still tickets available on the primary market, however, in most cases they are cheaper than the secondary market prices, which means that they’ll likely sell out. For a slightly smaller-market venue like Detroit’s Joe Louis Arena, there are under 1,000 seats left on the primary market with just under two months to go until the show. Like the Verizon Center show, the primary market is the cheapest option in the market.

While the relatively few number of seats left suggests across most dates suggest that the tour is healthy, the announcement of the additional shows suggest that supply for the initial shows may have in fact not been enough to satisfy demand across the country. With the exception of the Staples Center show on July 22nd, all of the shows that have been added are in markets where no shows were originally scheduled. Those include the the Pepsi Center in Devner’s Energy Solutions in Salt-Lake City, US Airways Arena in Phoenix, the MGM Grand Garden Arena in Las Vegas as well as Harvey’s in Lake Tahoe. For Staples, it is the second show, which makes it the third venue that will host two shows, along with Centre Bell in Montreal and MGM in Las Vegas. While Madison Square Garden is only hosting one show, the seven shows taking place at the end of March in the Roseland Ballroom is the equivalent of another show in New York, which means that demand is strong from coast to coast.
Given the resurgent demand for Lady Gaga tickets, it’s clear that for an established artists with a long history of success and legions of fans, one subpar album isn’t enough to turn a tour like Artpop into a flop. Cher tickets have been in high demand for her current show despite a recent album that did no better than number three on the charts. As for Milwaukee, they may just be a lot less interested in seeing someone perform who has been known to wear meat as opposed to eat it.
source