McDonald's Gave A Free Karmin Concert... And Only Four People Showed Up 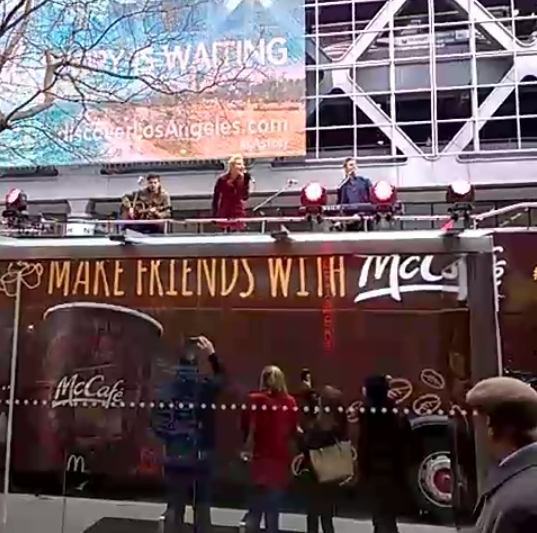 Taco Bell recently started serving breakfast and McDonald’s is doing everything it can to make sure that you forget about it. They started a free coffee campaign last week and now the chain is holding impromptu concerts.

This morning, Karmin rode a giant McDonald’s bus around New York City to give fans, and potential Taco Bell customers, a free concert.

Of course, Taco Bell isn’t taking all of this lying down. The restaurant has started it’s own social media blitz to draw people into the restaurant for breakfast tacos. They took photos of a few “babes” eating tacos…