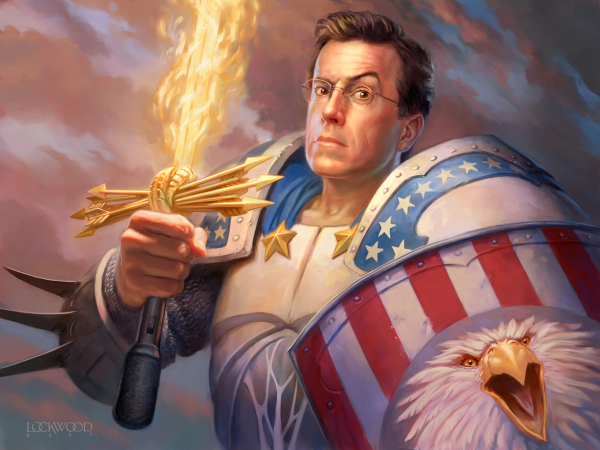 For the record, Suey Park does not like the term "hashtag activism." A freelance writer from the Chicago area, Park says her crusades against sexism and racism go beyond pithy one-liners on Twitter.

But Park, who is 23, doesn't deny she’s got a freakish aptitude for making Twitter campaigns go viral.

"I think I've definitely figured out the trick to make hashtags trend," Park said. "I know what drives  corporations and Twitter kind of crazy."

The joke stemmed from host Stephen Colbert's takedown of Washington Redskins owner Dan Snyder, who’s ignored calls to retire the mascot and instead launched the Washington Redskins Original Americans Foundation to benefit Native Americans. To mock Snyder, Colbert slipped into his alter ego, a racist blowhard who thinks nothing of faking a bad Asian accent and calling someone a “Chinaman,” but wants to start a foundation for Asians.

Given that the ostensible target was Snyder, many thought the bit harmless and all was quiet until Park got wind of the tweet. 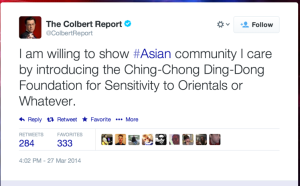 
I see how this can be offensive - especially without context, but I don't see this as different from anything Colbert has done since his show started. He's a caricature of the White Conservative Media. His comments are supposed to be exaggerated and idiotic. He's playing a character that draws attention to the idiocy of people who actually harbor these views. Asians aren't the punchline of the joke. The conservative media is.