5 Things to Know About Aladdin on Broadway 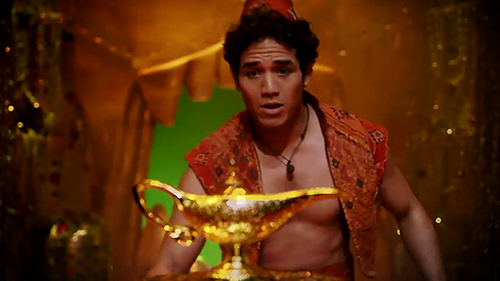 Out: Tonight is opening night  March 20th was opening night for Disney's latest animated fairytale-turned-Broadway musical. Aladdin gets the stage treatment 22 years after debuting in cinemas but not everything may be as familiar as it seems. Not only are there a number of new songs, but there are character changes that may leave fans wondering, What happened to Abu? But don't fret, (some) change is good.

Here are the five essential things you need to know before attending the show: 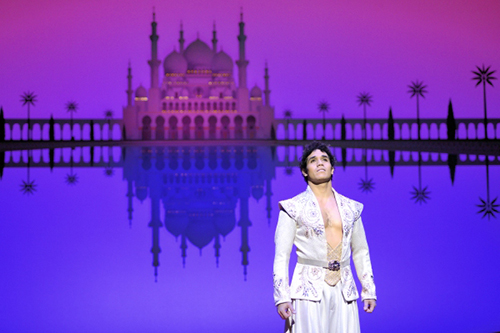 Prior to his death, Ashman and longtime writing partner Alan Menken wrote 11 songs originally intended for the animated film. Due to Ashman's untimely death from complications caused by AIDS, however, Menken wrote several new songs with Tim Rice. While the film has a number of hits, the stage production includes Ashman and Menken's original numbers. "Proud of Your Boy," believed to be written by Ashman to his own parents, will now be heard alongside favorites "Friend Like Me," "Prince Ali," and "A Whole New World." 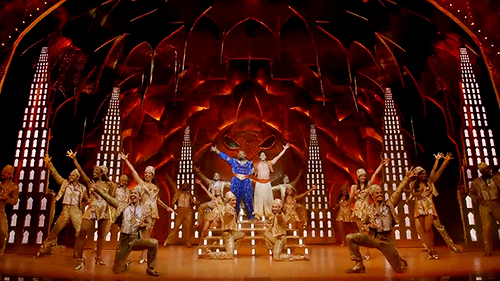 2. The showstopper is not "A Whole New World."

The biggest surprise about the production is how the film's biggest musical numbers translate to the stage. While "A Whole New World" is a beautifully constructed piece—with dazzling effects for the magic carpet that will leave fans guessing how they pulled it off—it's the Genie's first number that steals the show. Halfway through the first act, James Monroe Iglehart's Genie brings the crowd to their feet with boombastic version of "Friend Like Me." The huge production includes magic tricks, fireworks, an endless parade of dancers, and a rat-tat-tat-scatting Genie fresh out of the bottle. 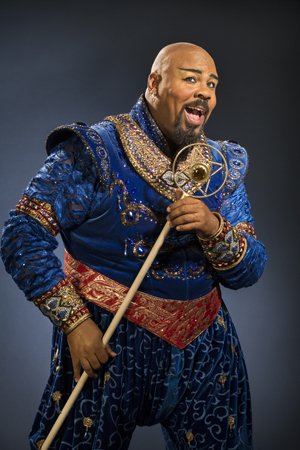 The difficult part of taking on the role of Genie is trying not to imitate Robin Williams's memorable voice performance in the Disney animated film. Instead, Iglehart delivers a Fats Waller-like performance as the show's master of ceremonies. He's a sassy, jazzy Genie who "ain't go no time" for mimicking Williams's comedic style. 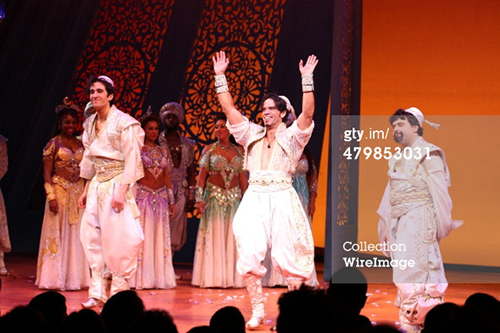 4. Gone are the monkeys, tigers, and parrots, oh my!

Sadly for some fans, Abu and the other creatures from the film are nowhere to be found. It would have been too difficult to incorporate a monkey or parrot, obviously. Instead, the roles are turned into human characters that actually give new life to the show. Iago (Don Darryl Rivera) works better as a loudmouth sidekick and Abu is replaced by a trio—Babkak, Kassim, and Omar—who get to bring Ashman's "High Adventure" to life. 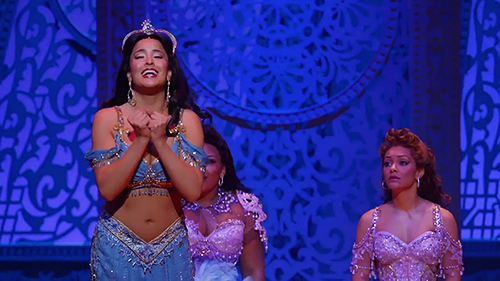 One of the most infectuous things about the show are all the smiles. Whether it's in the audience or onstage, everyone seems to be addicted to grinning. At times, it can feel like a Disney theme park where everyone has a fake grin plastered on their face even when times are tough, but it's more the giddy excitement about seeing the 22-year-old film in person. Iglehart and Adam Jacobs (Aladdin) are probably the show's biggest offenders, but Jacobs has an "aww shucks" sensibility that's easy to forgive.

While the show has its flaws, it's meant to be a crowd-pleaser. It succeeds in delighting fans and reviving music that was likely unheard by even the biggest film obsessives. Jacobs and Iglehart lead a cast that is clearly happy to be there, but they are hardly at fault for having fun. That's what the show's all about. 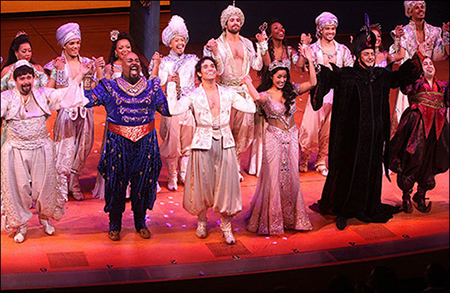