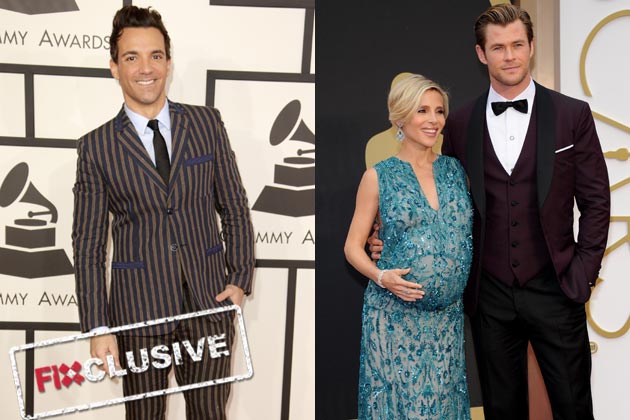 George Kotsiopoulos from E!'s Fashion Police has exclusively told TheFIX that he did not body-shame Chris Hemsworth's wife Elsa Pataky when he likened her pregnant-with-twins Oscar look to having "a beer belly".

So when George came to Sydney, we got the scoop on the whole saga at an exclusive E! party at Sydney's Café Nice last night.

"I do stand by that because I didn't shame anyone's body," George told us. "It's one thing to make comments about an overweight person or someone who can't do anything about their [weight], but this is a beautiful and gorgeous woman who is very wealthy, she has Thor on her arm, she has access to the finest things in the world, the top stylists, the top dresses, the top everything...

"You can get anything you want for the Oscars. So to choose that dress, which was not appropriate, was not right whether you're having twins or not. It was not flattering on her body. It's utterly inexcusable."

Elsa's Oscars look is an exception to George's rule of never criticising a pregnant woman, which he made clear on the show.

"She's going to have her babies... and the next week it's going to be a flat stomach and [she'll] have her model's body back and be gorgeous," he said.

The 45-year-old suggests an alternative for pregnant stars on the red carpet that doesn't involve "putting a rope below your belly".

"You want to wear an umpire waistline, something that defines the breasts and gives definition," Geoge reveals. "Not a muumuu, something fitted. Cate Blanchett has been pregnant at the Academy Awards and looked like a movie star."