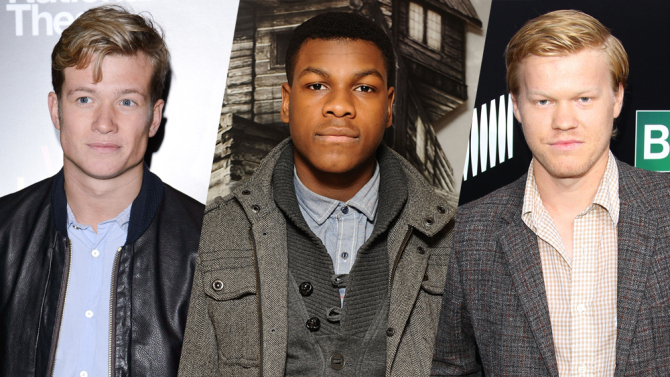 With Adam Driver in line to play the villain in the next “Star Wars,” the next order of business for Disney and Lucasfilm is finding the right Jedi to challenge Driver and the evil empire.

After meeting with several young actors this past year, sources tell Variety that “Downton Abbey” thesp Ed Speleers, “Attack the Block” star John Boyega, Jesse Plemons and theater actors Matthew James Thomas, and Ray Fisher are among the men J.J. Abrams is eyeing for the lead role. Though some insiders warn the search is still ongoing, multiple sources confirm to Variety these actors have moved to the top of the list in recent weeks.

Exact details of the character are vague but the part is believed to be a Jedi apprentice. The original draft by Michael Arndt was said to focus on Han Solo and Princess Leia’s kids, however, Abrams and Kasdan’s recent rewrite reportedly puts their offspring in a supporting role.

Sources also indicate the reason for the delay has to do whether execs and creatives want someone of a different ethnicity from the previous Caucasian leads. Abrams has said on numerous occasions that he wants to have a diversified cast, which is why actors like David Oyewolo and Michael B. Jordan tested early on.

source
I'll sacrifice something for Boyega to get it