Chris Harrison blogs 'The Bachelor' finale and 'After the Final Rose' 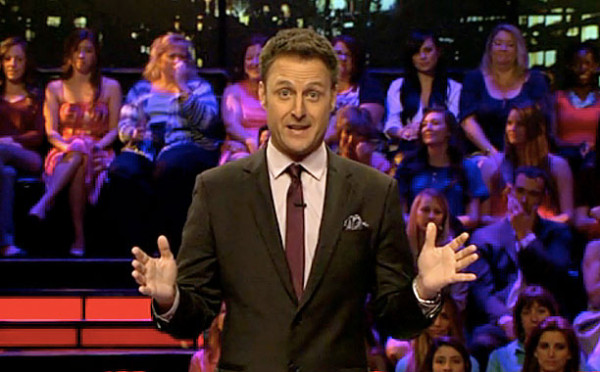 I have had weeks where I’ve found it difficult to write this blog over the years, but nothing compares to how I feel this week. There is so much emotion involved with this show you have to be careful when you are open and honest, as our friend likes to say, but I also feel it’s important to speak with compassion, fairness and, when you can, perspective and understanding. I tried to apply all of these as I lived through this season and then watched it back on TV with all of you. I want to start off by saying I’m not mad about how the season ended nor am I angry with Juan Pablo.

For some reason I feel that there is some notion that I dislike him, and that’s just not the truth. One of the many things I love about this show is every season is different because every Bachelor or Bachelorette is different. They bring in their own culture, background, issues, and baggage. This show will do many things to you, and one of those things is it will expose you, for better or for worse, and sometimes both. Ask any man or woman who’s been the Bachelor or Bachelorette, and I guarantee they will tell you this show changed them forever and they learned a great deal about themselves in the process.

The other thing I’ve learned is you have to give yourself to this process or it just won’t work. You have to come in with sincere intentions and then trust and give yourself to this process, or not only will it not work, it will be a constant battle and struggle until the end. I truly believe Juan Pablo came into this season with those true intentions. I also know that when we chose him we truly believed he had the qualities that would make him a great Bachelor. But from the beginning something just didn’t seem right and something didn’t fit. We can debate over what that is, but the truth is that is irrelevant. The only thing that matters is this was a struggle for Juan Pablo and it was a struggle almost all the way through. I, along with all of our producers, tried as hard as we could to figure this out and make it easier on him, and I know he tried to find those answers himself. At times, he did seem to let his guard down and enjoy and embrace the process, but overall it was a struggle.

While this may sound bad or negative, it’s not. It’s not an indictment of Juan Pablo or our show. In fact, I think it’s what I find so beautiful about our show. You just never know what this situation will bring out in any of us and you just have to deal with it the best you can. This has easily been the most polarizing season we’ve ever had. I know this because I’ve gotten tons of messages about how much people love Juan Pablo and how displeased they are. I’ve received many messages about how much I’ve defended Juan Pablo and how much I’ve buried him. It’s never been my intention to defend or bury Juan Pablo. That’s not my job. My job all along was to help him try to find his way. It’s a bit like being a parent, and sometimes being a parent means tough love. Sometimes you are proud and impressed by your children, but sometimes you are sad and disappointed in them. I felt all these emotions this season with Juan Pablo.

The live After the Final Rose special was one for the books. I’m sitting here trying to figure out a way to describe what it felt like sitting out there, but I just can’t find the words. First of all, I want to give Clare major props for showing up and being so honest and brave.

The interview with Juan Pablo and Nikki was just a bit odd. I know it was orchestrated by him to not say how he feels about Nikki. The only thing I can’t figure out is why? It was a rough ride for Juan Pablo this season, but the good news is…it worked! He found a great woman in Nikki and they are in love and happy. So of all things to hide I’m not sure why they chose that. I’m not sure what the endgame or goal was in not speaking about his feelings. I know it’s something Nikki was very uncomfortable with, but I think she really felt like she needed to support her man. I’m not sure when or where along the way Juan Pablo decided to fight this whole process, but he certainly did.

Most of you understood last night it wasn’t about getting Juan Pablo to say he loved Nikki. It was about getting him to really say anything of substance about a woman who had professed her love for him and had hoped for a proposal from him. I knew our audience wasn’t going to take his behavior well, but I thought if we could at least show that in the end he’s happy and in love and I could get him to show some real emotion or feelings, it might help. But that was just not to be with Juan Pablo and Nikki. When it was over, the two of them got up and walked off stage in complete silence. There was no cheering, no booing, just confused silence as to what just happened.

I was very sorry to see it end like that because it didn’t have to. That was a choice made entirely by Juan Pablo. I will wrap this up by saying again, I’m not angry at Juan Pablo nor do I dislike the guy. Am I often confused and puzzled by his behavior and his thoughts? Absolutely, but that doesn’t anger me. I wish he and Nikki well. I truly hope Juan Pablo especially can find peace somewhere in his life. I hope he will see that there are many people around him who love him and are trying to help him, but in the end he must make the choice to listen and let them in.

As we wrap up our 27th season of this show, I most importantly just want to say thank you! Thank you for watching and believing in this show for 12 years. I love what I do and I know the only reason I get to do this is you make it so. So to the former cast of this show and all of Bachelor Nation I say thank you and I look forward to season 28 because we haven’t started taping it yet, but I can already tell you it will be the most dramatic season ever!!!

I heard he regularly blogs for ew.com.  Never read it but when EW did the recap, they mentioned something about can't wait to read Chris' thoughts so I popped in and looked.