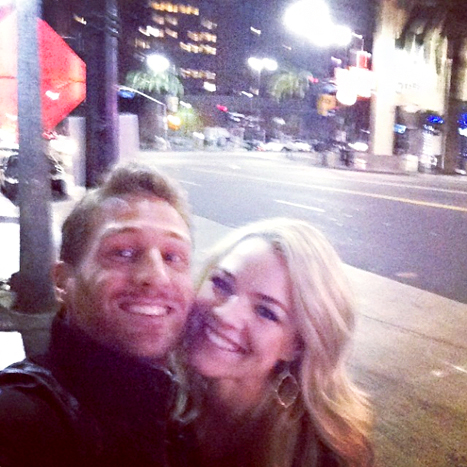 Juan Pablo Galavis isn't letting his haters get the best of him. The Season 18 Bachelor -- some say the worst ever -- shared a very telling message via Instagram following backlash he endured after his finale on Monday, March 10.

"Throw me to the wolves and I'll come back leading the pack," Galavis, 32, shared via the site. The former pro soccer player also shared a sweet selfie of himself and winner Nikki Ferrell after the live reunion show.

"We are FREE @nikki_ferrell…" he captioned. In the snapshot, Galavis and pediatric nurse Ferrell, 26, are all smiles posing cheek-to-cheek.

Bachelor fans were up in arms Monday night when Galavis told Ferrell that he wasn't ready to propose, simply offering his final rose instead. During the live after show, Ferrell admitted that Galavis has yet to say "I love you" to her. He also refused to speak the words sitting next to visibly annoyed host Chris Harrison. (Galavis' season finale was taped four months ago.)

Viewers were outraged by Galavis' behavior toward runner-up Clare Crawley as well. During the show's finale, Galavis whispered something obscene to Crawley during a one-on-one helicopter date. His sweet little nothing to Crawley, 32? "I love f---ing you, but I don't know you," a source told Us.
http://www.usmagazine.com/celebrity-news/news/bachelor-juan-pablo-galavis-responds-to-backlash-posts-selfie-with-winner-nikki-ferrell-2014113

Ugh, this moron and his deluded Barbie doll.  It's funny that he claims he doesn't know English and there's a language barrier but he manages to type something perfectly coherent on Twitter.