Selena Gomez sells out 70k+ stadium & is added to the record books! 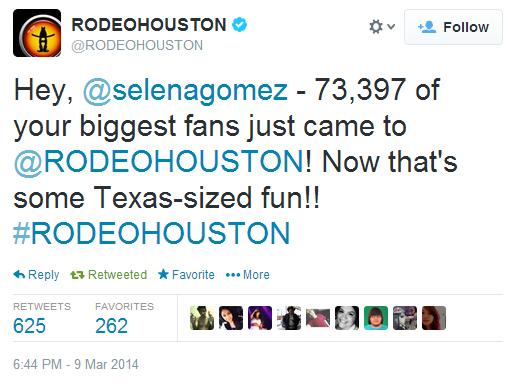 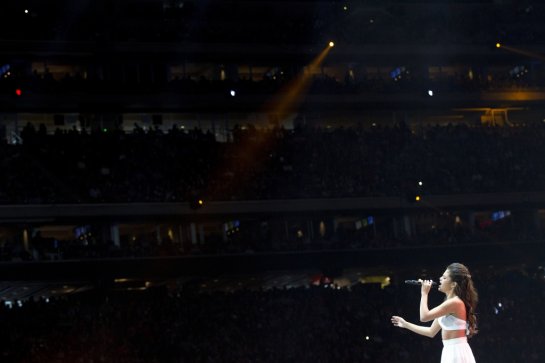 There were two sides to Selena Gomez during her Sunday night RodeoHouston performance.
The bulk of her third appearance, which drew 73,397 paid attendance, found Gomez in dance-diva mode. She whipped through several high-energy tracks — “Bang Bang Bang,” Round and Round,” Like a Champion,” B.E.A.T.” — surrounded by six dancers and pulsing grooves.
“It feels so good to be home,” said Gomez, who hails from Grand Prairie.” I just wanna be with you guys. So we’re gonna dance, and we’re gonna sing, all night long.”
Her hourlong set was an abbreviated version of a November tour stop at Toyota Center. “Birthday” was still fun and flirty. “Love You Like a Song” still has an irresistible electro hook. Gomez seemed to be aided by prerecorded vocals during the dance-heavy numbers, but her natural voice, which has a nice rasp, took over later in the set.
She introduced “Stars Dance” as the title track from her #1 2013 album and the name of “the tour that I did not get to complete.” (It was cut short in January when she spent two weeks at a treatment center for undisclosed reasons. RodeoHouston was her second performance since leaving the center.)
That moment revealed the other side of Gomez: all self-empowerment and feel-good motivation.
“There’s a lot of speculation and a lot of things being said. No one is perfect. And everyone learns from their mistakes. And everyone makes mistakes,” she said. “And I would not be on this stage if it weren’t for people like you to remind me that everyone is human. I hope I can inspire people like you to do whatever you want to do with your life.”
That speech preceded a sweet, fragile cover of “Dream” by Priscilla Ahn and Gomez’s own “Who Says,” a cheerful pop ode to being yourself. It’s to her credit that she was able to cut through the bigness of the show (and the screaming) to deliver those messages sweetly and sincerely.
The female-heavy crowd remained cheery during early hit “Naturally” and “Save the Day.” Gomez closed with recent hits “Come & Get It”, which won a VMA last year and “Slow Down,” solid pop tunes that prove her capable of competing with the big girls. 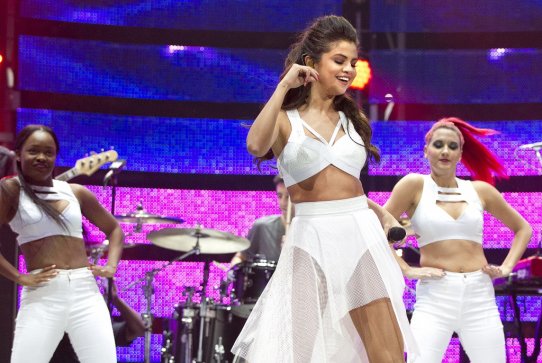 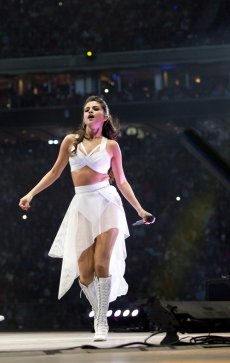 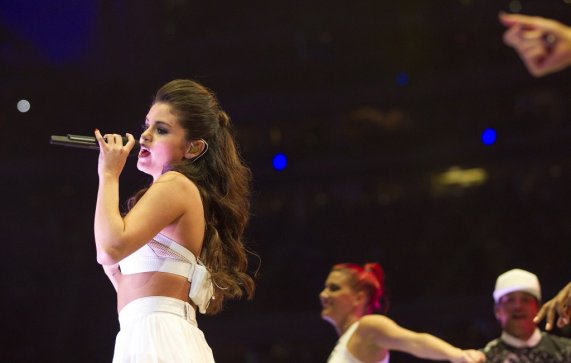 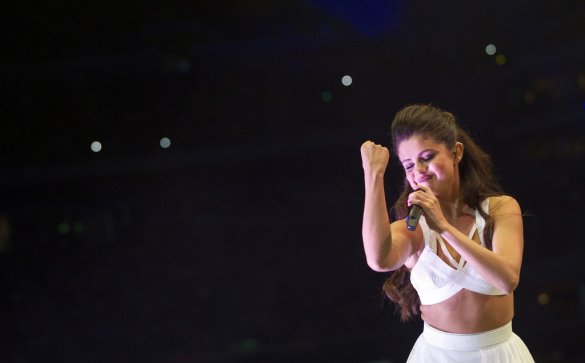 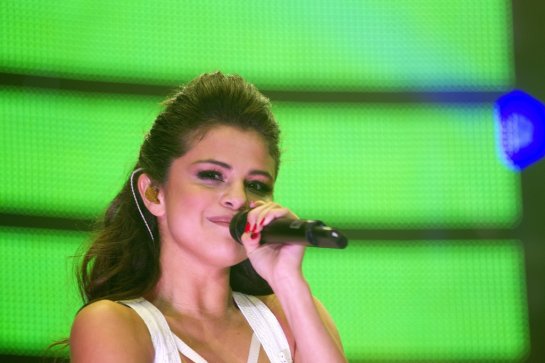 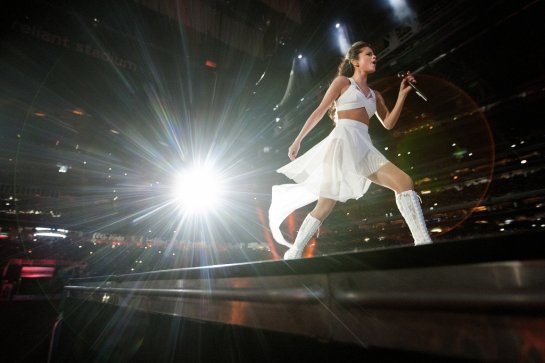 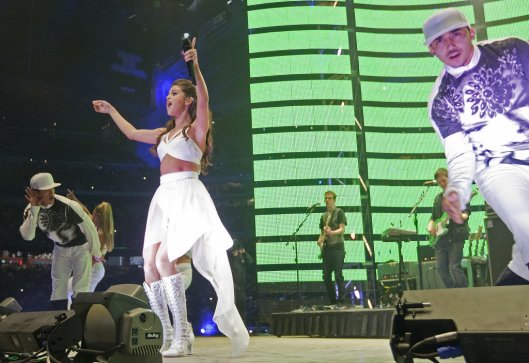 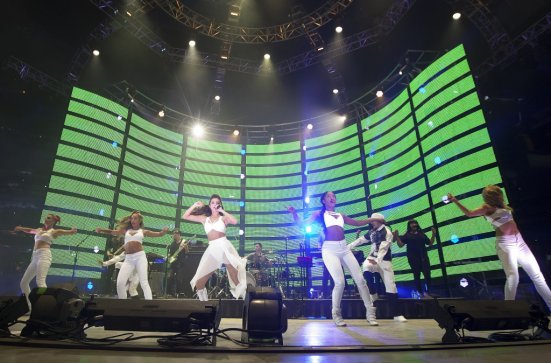 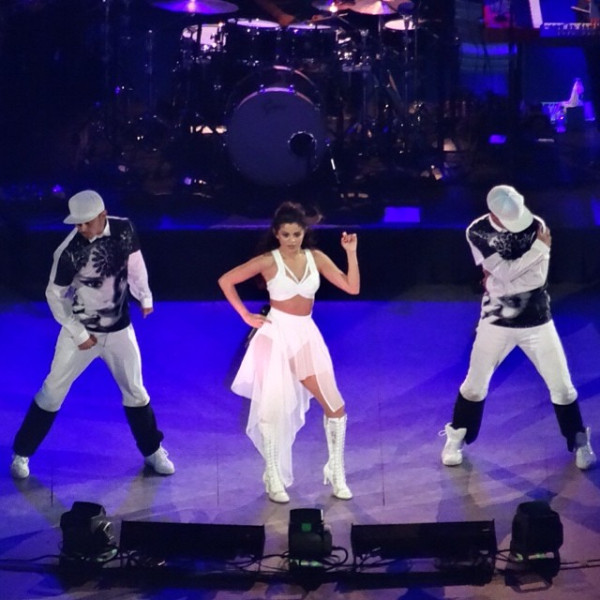 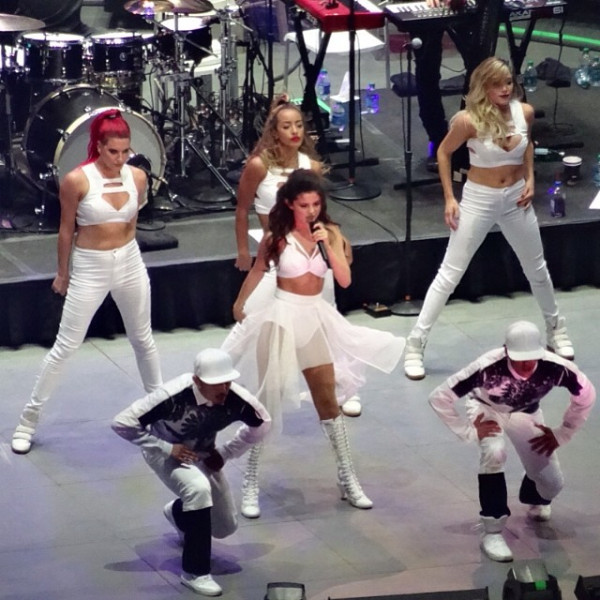 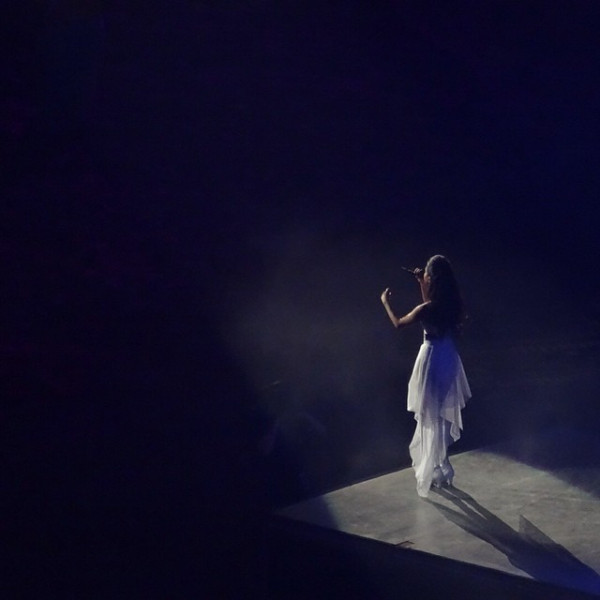 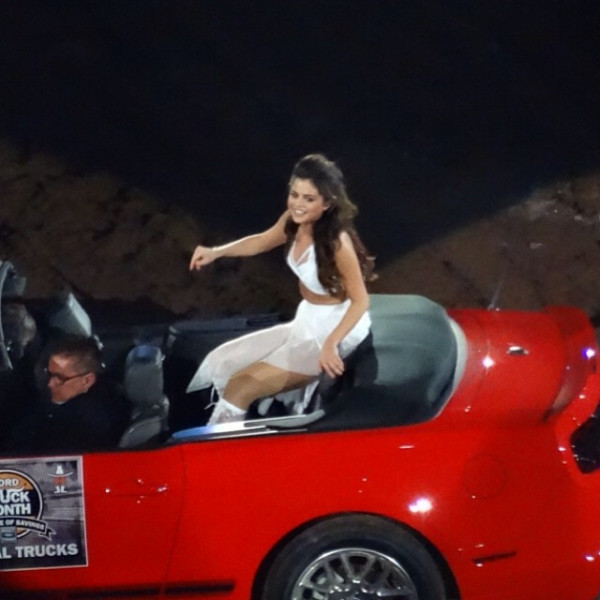 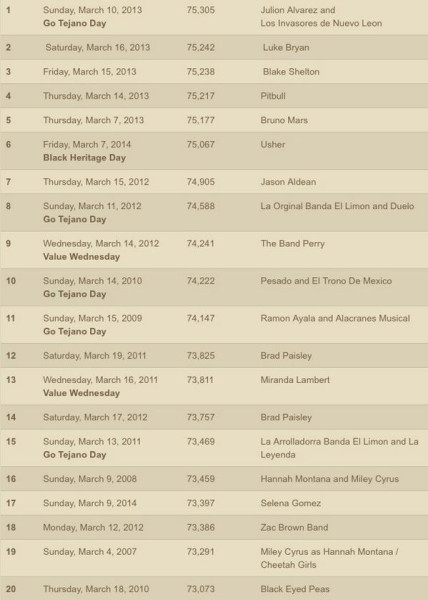 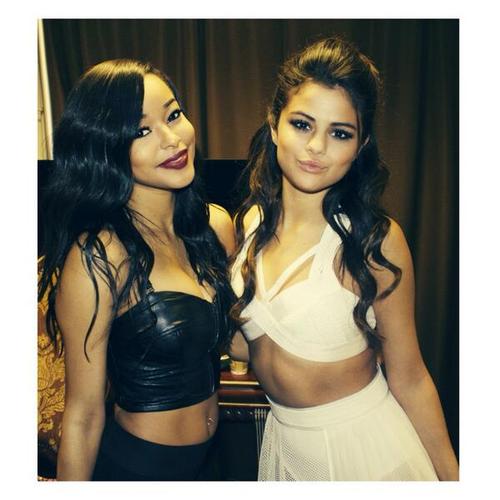 @misscherryd: it’s always a good time performing with her! @selenagomez #houstonrodeo 😘
Interview before the show:

http://www.youtube.com/watch?v=eOoKcIwqB4s
SO unbelievably proud of her! I remember when she first starting touring House of Blues venues back in '09! Look at her now! Selling out arenas & stadiums! :') <3

Kisses to the haters!