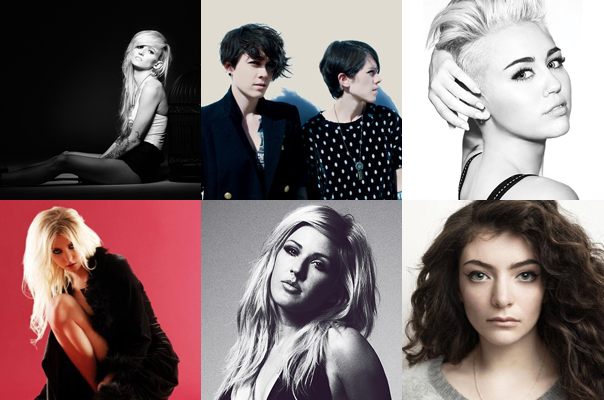 Whether it’s what Miley does with her tongue or what Beyoncé does at all, female artists have become an increasing fixture of news headlines over the last few years and discussion around issues of sexism within the music industry has never been more fervent. Sometimes, the comments and controversy surrounding some of these issues can obscure the fact that there are so many women with impeccable game who are absolutely killing it right now, both inside and outside of the charts. Here are eleven of ATP’s favorite ladies who are dominating the music industry right now. 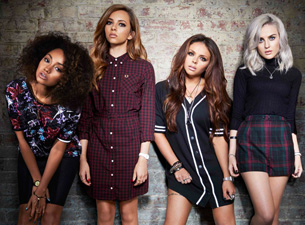 There haven’t been many girl power songs since the end of The Spice Girls and Destiny’s Child. Luckily, the British foursome, made up of Perrie Edwards, Jesy Nelson, Leigh-Anne Pinnock and Jade Thirlwall are here to bring back ‘90s girl group realness.

As the first group to ever win The X Factor UK, Little Mix made a few ripples in the US, debuting at no. 4 on the Billboard Top 200 with their debut album DNA, earning them the title of highest debut chart position by a British girl group. (The former title holders being Spice Girls.) But it’s the girls’ sophomore release, Salute, that really solidifies their sound and making it cool to tout girl power again while running around flashing peace signs. While it may be easy to draw comparisons between Little Mix and Spice Girls, the music itself has more of a Destiny’s Child inspiration with militaristic beats over R&B grooves accompanying lyrics that seek to teach young girls and women alike self-confidence. One needs to look no further than opening track "Salute" to understand exactly what the group is out to do. “Don't need ammunition, on a mission and we'll hit you with the truth. Divas, queens, we don't need no man,” the foursome sings, immediately making the title track an instant strong girl anthem.

Currently touring with some other fierce ladies on Demi Lovato’s "Neon Lights" tour, these Brits are looking to take over the US, and for those of us with a ‘90s girl group sized hole in our hearts, we welcome them with open arms. 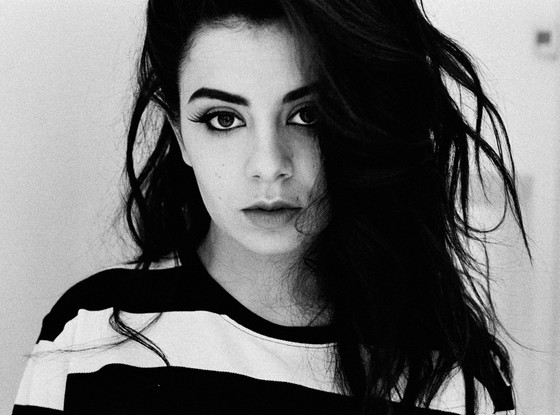 In between performing sold out clubs across the globe and having dance-offs with Robyn, Charlotte Aitchison (Charli XCX) is managing to kick pop music standards in the face and be modest about it. Because let’s face it: Charli XCX is not your average pop singer, nor is she your average artist. Charli XCX is more than just her art; Charli XCX is weird.

She’s weird in the greatest way possible. Her latest release True Romance pushed the boundaries of pop/electronic/punk/rap/nu-wave anything, because that is just how she’s always been, a weird kid from England moving to the beat of a different drum while wearing the best-colored wig she had (while having the biggest crush on Robert Smith, because who doesn’t). She figured out early on that it wasn’t about what she had to grind or shake her ass on; it was what she could take from her brain and expand on to make a work of art that people who were as weird as her would give a fuck about.

Even she knows it’s a great time for women in music. Mentioning acts like Grimes, Azealia Banks, and Jessie Ware, it’s clear that standing up for your art and taking risks takes huge balls, especially as a woman. People expect girls in music to just twerk on cars and sing about their feelings, because people think that’s all they’re capable of doing. God forbid they try to individualize themselves from the status quo of pop-culture. While they’re thinking this, Charli XCX is shooting a lipstick machine gun to a slimey elctro-hip-hop beat and dropping bars with Danny Brown. She isn’t crying over lost love over some half-baked EDM drop produced by Cookie.Wil.I.Make.Cutter.Song or smoking blunts on stage because she’s trying to “be cool”. She’s stepping away from the restrictions of genres and gender roles in music and creating a name for herself, and it’s a magical one. You’ll find Charli XCX in eight-inch platform creepers, black pants, a fluorescent knit sweater, a harsh cat-eye and a mane of beach curls walking all over the catwalk of what America has deemed “sexy” in music.

Charli XCX knows exactly what she wants, and doesn’t want anyone to get in her way. From writing her own anthems, working with whom SHE thinks are awesome producers, wearing weird clothes, and just all-around killing it, Charli is setting the standard high for what should be noticed in a female artist today. 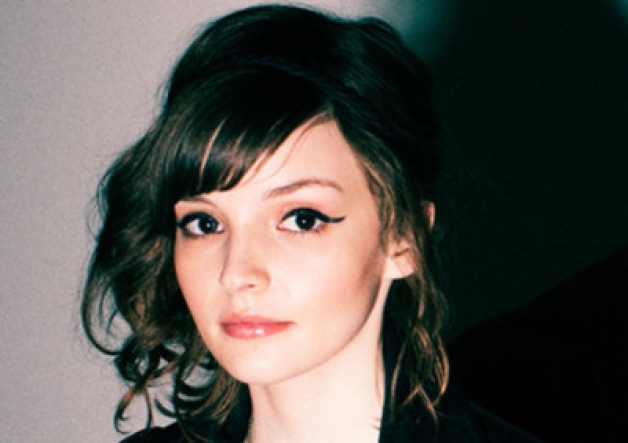 Lauren Mayberry is more than just the female front of Scottish electronic outfit CHVRCHES. Mayberry has been a journalist as long as she’s been an artist, so she’s got a strong head on her shoulders. She's made it clear that if there is one thing that makes her vomit, it’s rape culture and misogyny.

The Internet brought many great things to the world, like CHVRCHES. However it’s also brought about men’s rights activist and middle school educated bros in fedoras to propagate against successful women for countless years. Lauren posted a screen-shot of a Facebook message representing the countless versions of that message they get daily. That picture brought about probably the scummiest quotes Internet Neanderthals have to offer in the comments. It pretty much showed that successful women can’t be known for anything other than having boobs and a vagina in some people’s eyes.

Lauren Mayberry wasn’t having it. All she asked was a simple question: why? Why do women have to “accept” comments of sexual aggression and objectification when they’re in the public eye? Why do people think that it’s just the “norm”? Why are people still letting it happen? Mayberry asked all these questions for the people reading to answer. She knows it’s up to her to stand up for herself especially when there are countless others like her going through the same load of idiocracy she reads on a daily basis who need a voice. Yes people in the music world are constantly up for criticism, but no musician needs to constantly bombarded with people yelling “let me put my dick up your ass” or any variation of such. Think about it, no one ever puts male musicians through stuff like that. People always make male musicians the standard for any band. When a girl is the front of a group people say things like “that band with the hot chick” or “you heard that sexy broad in that new band Churchies?” You never hear things like “wow what a stellar band” or “her vocals bring a lot of variety to the music” because people need something to identify a band with a strong female lead with, and objectifying them by their body parts is apparently the easiest thing to do.

Lauren Mayberry knows this problem will not be solved overnight. However she knows that the more people are aware of it the faster we will slowly see the actions of anyone in fedoras slowly fade away. 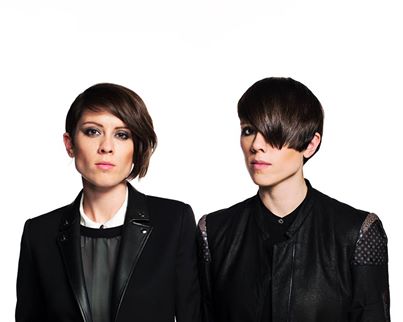 Where does one even begin when talking about the Quin Twins? For those that have hopped on the train in the Heartthrob era, you may have noticed that Tegan and Sara speak the truth, the whole truth, and nothing but the damn truth. But look a little further, and you’ll find that these girls are doing more than just soothing the hearts of the heartbroken, but also empowering the minds of the oppressed.

Tegan and Sara have been long-time activists in countless areas of the social justice spectrum. From LGBTQ and women’s rights to the scope of gender identity, these sisters have almost said it all. When there’s a double standard, they’ll call it out. When voices need to be heard, they’ll make sure those voices are loud clear. For more than a decade now Tegan and Sara have been using their success to propel their interest and opinions on social issues to bring awareness and discussion to not only their fans but for anyone who wants to listen.

Speaking out against hate groups is just the norm for these ladies. Disgust of artist perpetuating messages of misogyny and homophobia on top of groups and propositions trying to oppress their very way of living is just fuel to their cause. The twins’ general message is positivity and flipping the finger to someone who’s trying to knock you down. Even Tegan has indefinitely postponed her marriage until that right is allowed for everyone else. The twins set an example for how certain issues need to be looked at and give insight to what they think the future would be in different cases.

In a time where people are ending their discussions at slut-shaming, still pretending that racism and homophobia are non-existent, and still defining people by their no-no parts, it is refreshing to have artists like Tegan and Sara Quin taking solid stands on complex issues that the world faces today. Not only do they set great examples for new and young listeners just getting in to their music, but also give those very listeners outlets to think for themselves and resources to help out the fight for whatever cause might interest them. An example like that is near impossible to come by when you flip on the news and all you see the casters talking about is how much skin that female celebrity’s bikini was showing that day. The twins want you to know the discussion goes deep, and that you need to take part in it. 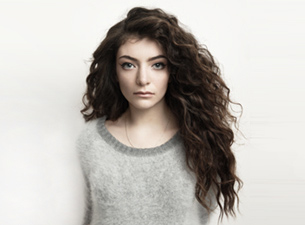 Most 13-year-old girls find themselves looking forward to high school, riding out the end of middle school and just trying to get out of what the vast majority of us can consider as the worst three years of our lives. But not Ella Yelich O’Connor, or as you know her, Lorde. While her peers were dreaming of one day stumbling into fame, the "Royals" singer made it happen, already signing her first record deal with Universal and setting herself on a path set for certain stardom. Fast forward four years later, and not only does the young singer have a single that has sold over seven million copies worldwide, but also two Grammy awards and a Brit award for the same song. And, at the tender age of 17, the singer has found herself as the youngest musical act on Forbes’ 30 Under 30 List.

Basically, Lorde became the girl that we all dreamed of being and never did become, which makes her someone to look up to whatever age you are. To add to that, she isn’t one to shy away from the feminist moniker, and whether you find yourself on Team Selena or Team Lorde, it can’t be denied that the “when you’re ready, come and get it” mindset towards women is getting a little old. Luckily, it seems the New Zealand native will be around for a long time to keep bringing us fresh new takes on boring old pop tropes.