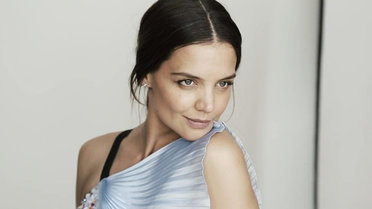 Katie Holmes is going from Capeside to the East Side.

The Dawson’s Creek actress has been cast in an untitled high society drama pilot for ABC from Behind the Candelabra writer Richard LaGravenese, EW has confirmed.

Holmes will star opposite Rufus Sewell in this drama about opposing couples living in New York City. She will play Ann, a well-bred and educated woman who runs a philanthropic foundation with her husband. After Philip (Sewell) and his wife Margot make a bet to destroy Ann’s seemingly perfect marriage, Ann and Philip engage in a rivalry. The two equally-matched, powerful socialites play out their obsessive attraction and seduction via their manipulation of others.

The role of Margot has yet to be cast. Taylor Hackford (Ray) will direct the pilot.

If the drama were to be picked up to series, it would be Holmes’ first regular TV role since Dawson’s Creek, though she has made appearances in How I Met Your Mother, The Kennedys and Eli Stone.
On the film front, Holmes will play a not-so-dainty schoolteacher in the upcoming film Miss Meadows, premiering at next month’s Tribeca Film Festival.