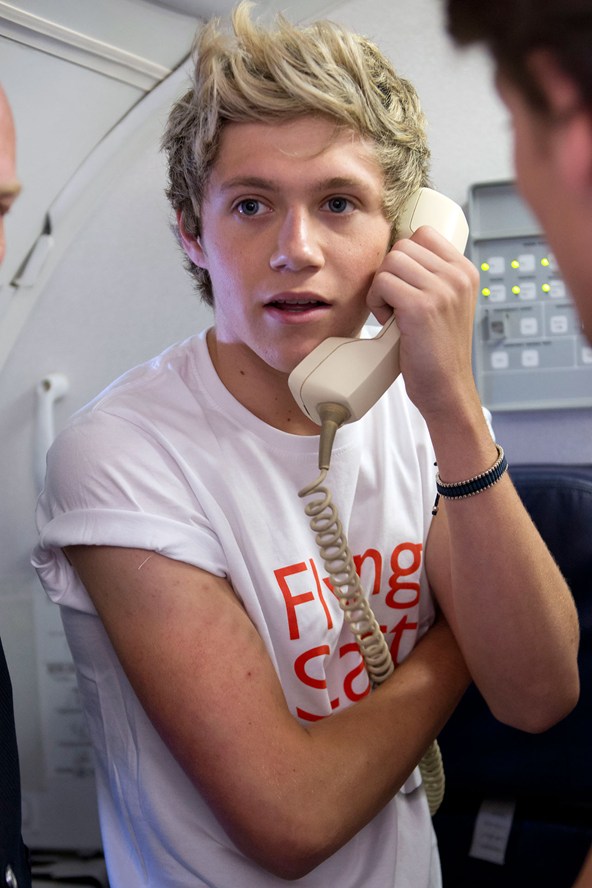 For the lucky ones out there in possession of Niall Horan’s number – don’t share it with ANYONE.
The One Direction star is said to be fuming after he was plagued with naked fan photos and nuisance calls after a rogue friend allegedly leaked his number. The 20-year-old was forced to change numbers when his phone went off the hook after his digits were shared among Directioners.
A source said: ‘Niall didn’t see the funny side of it. He wasn’t even remotely curious about the pictures because so many of his fans are teenage girls. ‘It was a huge pain for him. He was forced to change his mobile number immediately.’ But for those of you thinking Niall could be after the title of 1D’s moody one, currently held by Liam Payne, you are mistaken. The insider continued: ‘It’s not that Niall doesn’t have a sense of humour but he’s sensitive too.’
Let’s hope Barbara Palvin’s not the jealous type… The couple are believed to have rekindled their romance after they were spotted at a 5 Seconds Of Summer gig in London earlier this week.