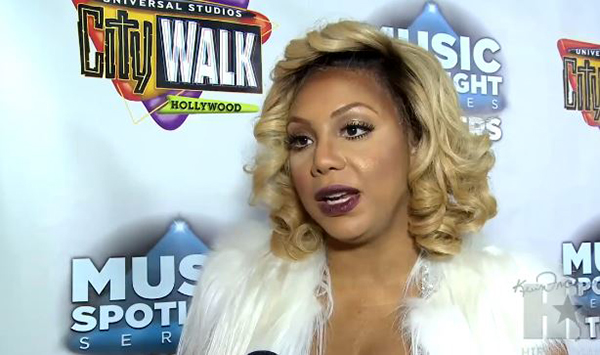 Singing K. Michelle’s “Where they do that at…” Chile, the streets are talking. Word on the curb is Tamar & Vince have developed a pretty solid reputation for NOT paying folks. So much so, that Tamar’s stylist asked her for a contract in an effort to keep the business clean, and Tamar got all in her feelings and blasted the stylist on Instagram: 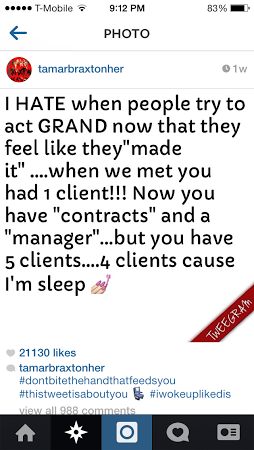 Seems to me that Tamar is the one acting Grand, feeling entitled to free services because she’s “Tamar Braxton”.  Don’t help someone and then throw it in their face later. Furthermore, it is so UGLY to boast as if you “made” someone. We all needed help getting “put on” at one time or another. Tamar needs not forget that very first CD of hers that did everything but sell. Would anyone like an original Tamar Braxton dust pan? OKAY, Someone helped her a$$ too…

Chile the stylist isn’t the only one not getting paid. Catch these T’s

Gurl, in addition to the stylist the word is several band members have not been paid either. That’s not even the worst part. The REAL GAG is, folks are saying Tamar can’t record in nan studio in LA because She & Vince owe all of them money for unpaid studio time. Now quiet as its kept, lets not act like Vince has a solid reputation for paying his bills. Remember Towanda sprayed his a$$ on Twitter about that 3 million dollar tax debt.