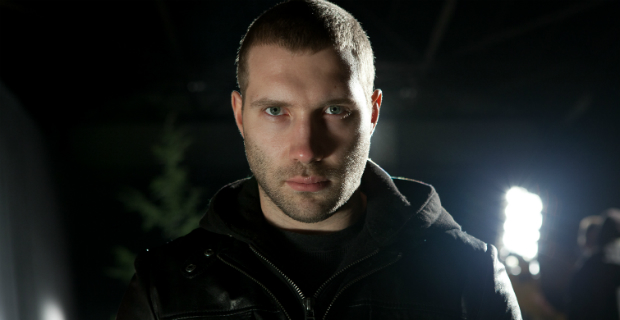 It's all gone a bit Back to the Future.

Leaks of the plot have come courtesy of Moviehole, and paint a distinctly 'Back to the Future'-esque picture for the sequel/reboot, set for a 2015 release.

It's set to star Emilia Clarke as Sarah Connor, Jason Clarke as John Connor, Jai Courtney as Kyle Reese and, of course, Arnold Schwarzenegger as the original Terminator.

Directing is Alan Taylor, of 'Thor: The Dark World' and 'Game of Thrones' fame.


Says Moviehole: “The Terminator from the future will arrive on earth, attack some punks (keen to see who they get to play Bill Paxton), and then slaughter his way through a bunch of Sarah Connors’ – until he finds the correct target.

“And, of course, Kyle Reese (Courtney) volunteers to go back to 1984 and save Sarah – just as he did first time around. But don’t expect everything to work out like it did in the original... something is going to play out different.


“And then, we’ll also be taken back to the events of the sequel. The scene where the T-1000 (played by Robert Patrick in “Terminator 2 : Judgement Day”), posing as a cop, visiting John Connor’s home, where he meets – and consequently kills – foster parents Todd (Xander Berkeley) and Janelle (Jenette Goldstein), is in there. As are several other key moments.

“And then we’ll be going back to moments we haven’t seen on film before – such as scenes with young Sarah and her parents.”

Such talk is perhaps to be taken with a pinch of salt, however, there has already been mention of time travel being key to the plot.

Arnold himself revealed that shooting begins next month, so clearly the script is ready to go.

“We start filming in the middle or in the end of April and it will be a four or four-and-a-half month long shoot,”
he told fansite The Arnold Fans.

“I’m really looking forward to that because as you know, the last time when they did the Terminator, it was when I was Governor and so I couldn’t be in that movie but now I’m back again and they are very excited about having me in the film … The script is fantastic so I’m really looking forward to this film.”
Source
Tags: film - action / adventure, film - in development, jai courtney, leak, rumors / gossip
Subscribe
Previous
← Ctrl ← Alt
Next
Ctrl → Alt →
Previous
← Ctrl ← Alt
Next
Ctrl → Alt →