Katy Perry Roars in the Marketplace 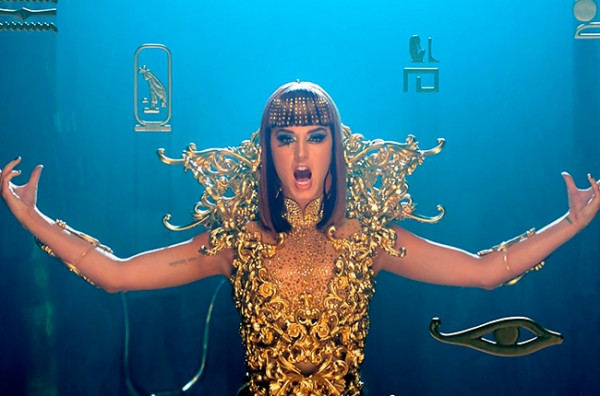 You know she’s got the eye of the tiger and the bling of Cleopatra, but how’s Capitol’s Katy Perry doing in the marketplace?

In a word: Strong.

In the 19 weeks it’s been at retail, Perry’s PRISM has left the Top 10 only once. The album has been certified platinum both as a standalone (it’s currently at 1.2m) and in pure TEA—having furnished singles, including two #1 smashes at Pop radio—accounting for more than 10m tracks sold).

Speaking of those singles, "Roar" has moved more than 5m tracks in the U.S. since release. Globally, the song has sold 8.6m tracks and earned 425m audio and video streams.

Follow-up "Dark Horse," currently enjoying its third week as the #1 song at Pop radio, has moved more than 3.5m singles domestically and 4.2m worldwide, and has roosted at or near the top of the iTunes singles chart for months. In the five days since its release, the song’s video has commanded more than 30m video views worldwide. It’s also #3 on our most recent Shazam chart. "Unconditionally," meanwhile, adds another 1m U.S. downloads and 1.5m worldwide to the tally, not to mention 70m views RTD.

She holds the Top 2 all-time weekly spins at MediabaseTop 40  with "Roar" and "Dark Horse," and is the only artist ever to appear twice in the all-time Top 10 totals.

"It’s truly been an amazing global effort," says label EVPGreg Thompson. "Katy’s core team came into the process and inherited the power and muscle of her new family, the global UMG family, and you can see the results of that. We've worked well with her management. Katy herself has also connected more deeply—and widely—with fans. She really understands social networking; she’s really active and it’s all authentically from her. If she’s not the hardest-working artist I’ve ever seen, she’s one of them."

Perry’s busy schedule has had her crisscrossing the globe; U.K. dates precede her U.S. arena jaunt, which runs from June to September). Ticket sales are reportedly a blowout, so maybe she can finally buy that pyramid she’s had her eye on.

Katy Patra is destroying the game this era!