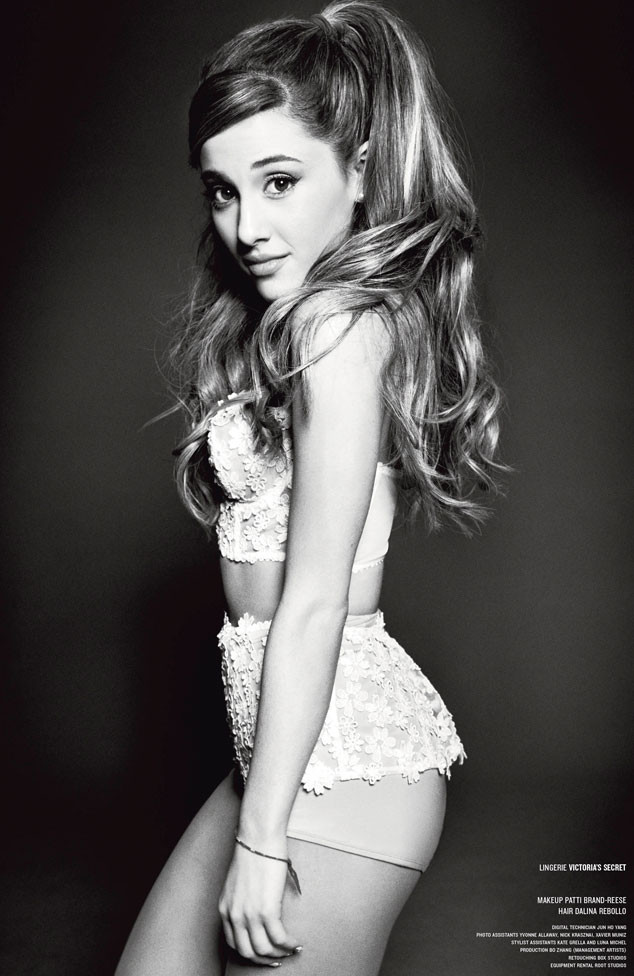 Ariana Grande showed off her playful girly side (with the appropriate hint of sex appeal) for V Magazine's spring music issue through a series of beautiful black and white photos. The singer also touched on a number of topics, including her hair, her career, being vegan, her idol Madonna and more.
"I use my hair as a mask, as a shield. I hide behind it and it's what keeps me me. Some people make fun of me for it, but I don't know who those some people are, so I don't care," Grande, who openly revealed that she wears extensions because of all the dye jobs she's had, said. 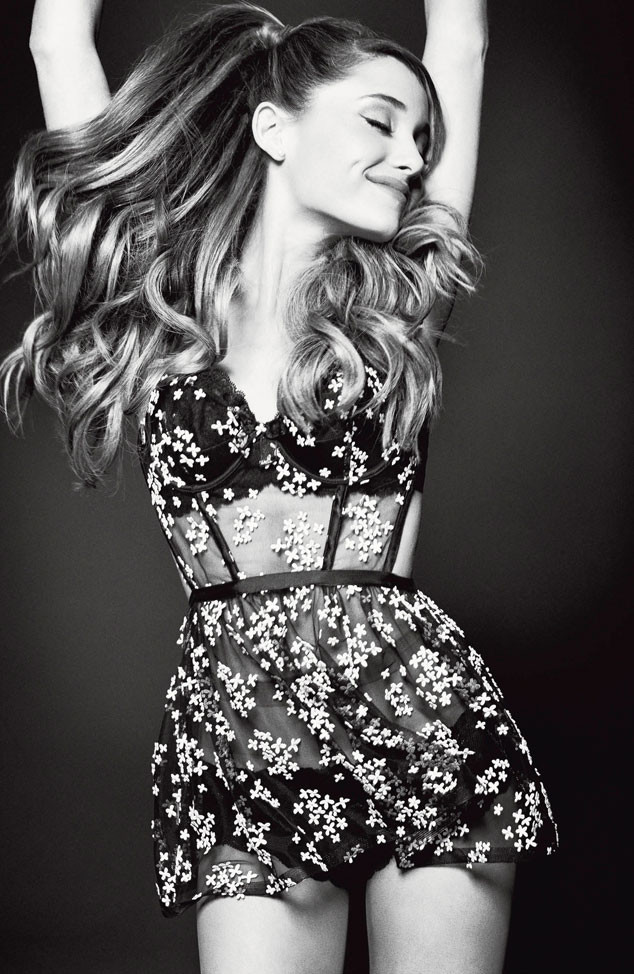 Ariana has also been very open about being vegan, and explained why she's chosen to follow this diet and lifestyle.
"In America, almost everybody thinks you need to have meat for protein. Protein, protein, protein! And what's in dairy? Calcium, calcium, calcium," she said. "It's those kinds of proteins that latch onto the insides of your blood- stream and make it easier for you to have a heart attack. Look, cows produce milk withnutrients for cows. Maybe that's why Americans end up looking like cows!"
Grande added, "Ultimately, no one wants cow tit pus in their food, do they?"
Cringe. 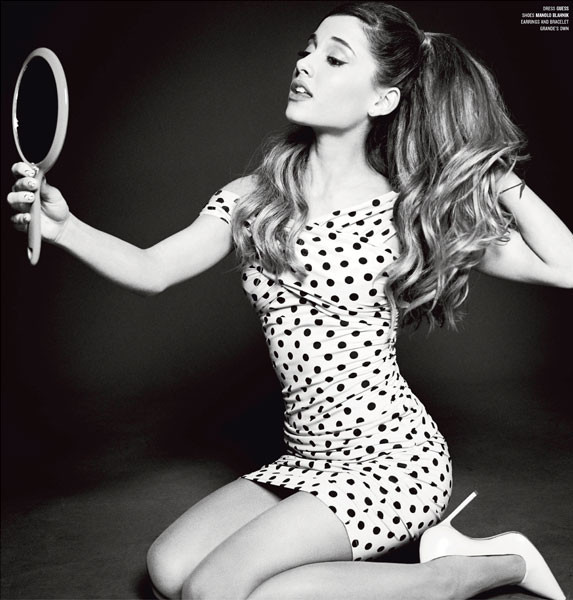 The Nickelodeon star also shared that she's focusing on music when it comes to her career. "Music is my dharma. It's what makes my heart smile and what I feel like I am meant to do. I understand music more than I understand human beings and the English language."
And one of her idols is Madonna. Well, "attitude" idol, that is.
"I just love how she stands up for what she believes in and surprises people by not eff-ing up when they want her to so badly...Know what I love most about Madonna? When a bad review came out, she was the first person to say ‘f--k you.' When someone said she sounded like Minnie Mouse, she crawled into bed naked except for Minnie Mouse ears. It's such a good attitude to have. It's inspiring to me because there are times when I think I've been a weak, people-pleasing little mouse my whole life."
But Ariana's working on being tougher with harsh critics. "That's what I'm learning right now, that I have to become stronger in this industry. I've learned over the past year that you don't have time to chase after ever person who doesn't understand you. The people that know me know that I'm a nice girl. My fans know that I'm a nice girl. My friends know that I'm a nice girl. And ultimately, that's all that matters."