Amidst Mixed Reviews, Many Miley Cyrus Tickets Selling Below Faceprice 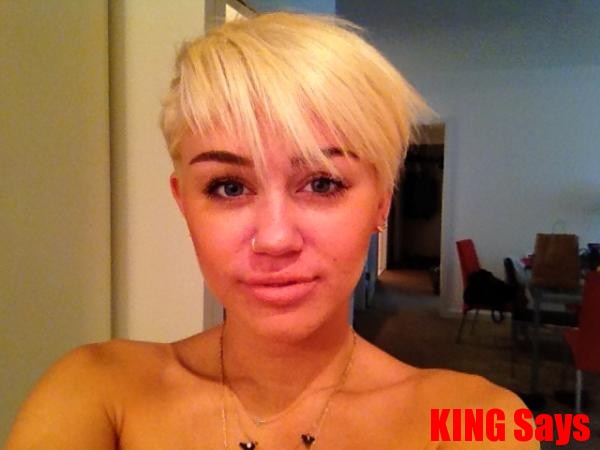 When Miley Cyrus famously twerked her way into America’s living rooms, she certainly got into America’s collective head, if not their hearts. In the weeks after her VMA performance it seemed that America could not stop talking about or debating the meaning of Miley. Was this the real Miley, or just an act to break out the Hannah Montana mold? Was she a marketing genius, or all that is wrong with our modern publicity machine? Regardless of what side of the debate you came in on, the one undeniable outcome was that it got people talking…. a lot. The discussion continued with the release of her Bangerz album and the accompanying number one position on the Billboard hot 100.  Demand for Miley Cyrus tickets for her Bangerz tour, however, have softened after that peak in popularity, resulting in lots of empty seats and dropping prices in the secondary market.
According to Google trends, searches for ‘Miley Cyrus’ peaked the week of August 25th, immediately after her appearance on the VMAs. Riding the wave of popular chatter and news cycle ubiquity, prices for the Bangerz tour were set aggressively high for a singer with a catalog of hits that you could count on one hand. By the time tickets actually went on sale for her 38-city Bangerz tour, ‘Miley Cyrus’ searches has dropped by 80%, to the same level it had been at over a year ago. The average secondary market price for Miley’s Bangerz tour is now $182, which is down from over $225 just two months ago.
This decline in prices is in stark contrast to another popular culture phenomena, One Direction. One Direction tickets have been hot from the minute they went on sale, and far from empty seats and prices below face value, tickets for the tour this summer are well above face price and the hottest boy band on earth have been adding more concerts. Since the original on sale, nine shows have been added, a move that will send One Direction further up the list of all-time list of top grossing tours. While One Direction has been doing their best to cross over from boy band to legitimate artists, Miley seems to be reveling in gimmicks and shock value as opposed to her talent. Whether she’s twerking with a monkey on her back, smoking pot publicly or posing nude, she continues to generate notoriety from things other than the one thing that will sell tickets: her music. Reviews of the tour so far have been mixed, admiring the show’s spectacle, but not paying much respect to her talent.
One review summed it up as follows:
“In spite of all the shock-and-horror (not) of seeing Miley ride an oversized hot dog while clad in a feathery mustard yellow costume, Cyrus’ Disney roots are still showing. The spectacle of the Bangerz tour is essentially a bad trip version of the Disney experience, a seedy underbelly vision of what Disney really sells children.”
Despite other negative reviews, Rolling Stone was more complementary, saying:
“Miley’s music was front and center for much of the night, and from beginning to end – roughly 100 minutes long – she nailed her vocals throughout the entertaining evening.”
Given the ascendancy of Country music across all of America, Miley Cyrus, with her country roots, has an opportunity to ride the wave as Country’s pop ambassador. That said, Country music is doing fine without her and doesn’t seem to need much help crossing over into the mainstream. Luke Bryan’s first headline concert at Madison Square Garden sold out in five minutes and Jason Aldean tickets in cities like Pittsburgh, Washington, D.C. and Philadelphia are going for average prices of over $250. Recognizing the trend,  Live Nation even launched Country Megaticket this summer which features tickets to six country music shows all in one.  The Megaticket includes shows for Aldean, Bryan as as well as Blake Shelton and Lady Antebellum tickets. Luke Bryan tickets for his September show at MSG have a current average price for $421. The closest Cyrus will get to the Worlds Most Famous Arena is the decidedly second-tier Nassau Coliseum, where her average price is considerably less than Bryan’s Garden show.
In addition to the mimicking oral sex on a man in a Bill Clinton mask and lighting life-sized joints, one of moments from the tour that almost all reviews mentioned was her cover of Dolly Parton’s ‘Jolene’.  It’s the one song where reviewers consistently cite her vocal talents. Just over a year ago, Cyrus posted a You Tube video of a Jolene cover from her ‘backyard sessions’. The video now has 26 million views and the Miley Cyrus in it seems wholly different than the one currently on tour. The backyard sessions videos, set in a rustic backyard, feature Miley on the microphone accompanied by a stand-up bass, keyboard, two guitars and drummer. It’s simple, clean and hard to ignore the magnificence of her voice as well as her link to country greats of past. If she were to ever put her tongue away, focus on the music and exploit her country connection, it’s unlikely that she’d have any problems filling stadiums or have prices on the secondary market below face price.
Source
No one wants it.