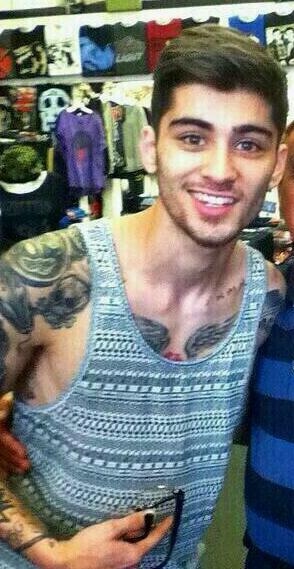 When Liam Payne passed his driving test earlier this year, he left Zayn Malik as the only member of One Direction without a pink driving license - and it would seem he's not chuffed about it. Noel Gaughan, who previously taught Niall Horan, has claimed that Liam and Zayn were in direct competition to be the next one to pass their tests. He told the Sunday Times that he'll make sure it isn't too long before Perrie Edwards' husband-to-be is on the road “Next is Zayn. He will be annoyed to be the last in the band to take his test but I’ll make sure he passes," he said.
It seems that Liam needed to get used to not being amazing at everything when he first sat behind the wheel, as Noel says that the singer's massive popularity may have given him a massive boost of confidence on the road. Maybe too massive. “I imagine he has been told how great he is all the time so it’s understandable," Noel mused. Noel also joked that he scared the boys by telling them they'd have to work twice as hard in their tests - because their examiners would be The Wanted fans. Ouch.

source
apparently this pic is from today and Zayn is in LA seeing LM perform.  He looks hot af