Harry Styles Admits He Can Get 'Quite Soppy' In Relationships 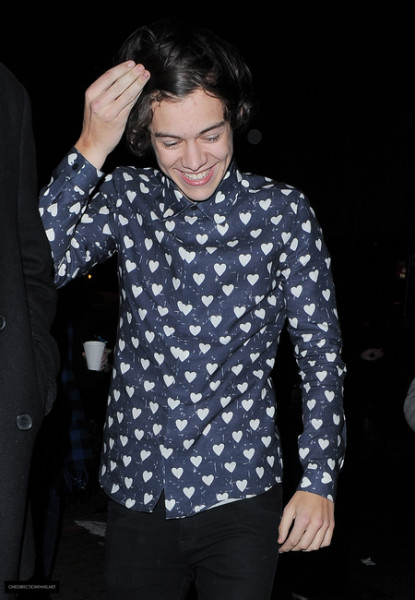 Harry Styles may be the perfect boyfriend in ladies' eyes across the globe and the One Direction hunk is now set to score even more brownie points, as he admits in an interview that he can get "quite soppy" when he's in a relationship.
Speaking to Teen Now magazine, Harry said in an interview that was conducted towards the end of the band's last world tour, that it's hard to date girls when you are constantly on the road because as soon as you get connected, it's time to leave again. Styles, who has been romantically linked to Kendall Jenner recently, said: “Touring is so hard and it’s difficult to get to know someone in a day. You don’t get enough time to meet somebody and say, ‘I really like you. Do you want to come on the road for a bit?’ We’re rarely anywhere for even two days at the moment.” Before he then added: “I can get quite soppy when it comes to girls, especially when I really like them.”

And despite Harry's bandmate Zayn Malik being engaged to Little Mix star Perrie Edwards, he also admitted to the mag that it's still hard for him to open up, saying: “I don’t ever really show my emotions. Maybe that will change when I get older.” But, it seems like Liam Payne shows enough emotion for everyone, saying: “I’ve never written a love letter, but when I’m in a relationship I’m a big softie,” adding: “If I dumped a girl and then they cried, I’d instantly get back with them.”

source
Tell us something we don't already know, Zayn.  And awww Liam and Harry, qt boyfriends.