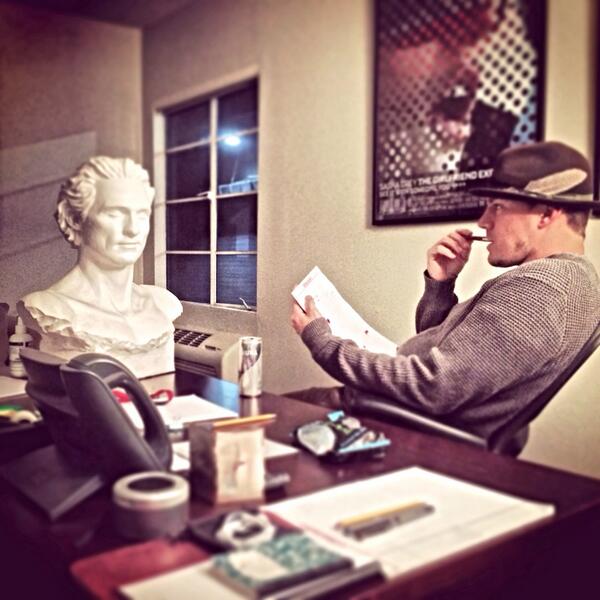 What better way to start writing #MagicMike2 than with my old friend Dallas? #runatribe pic.twitter.com/RalS3nQfro

After the surprise success ($113.7 million domestic take on a $7 million budget!) of 2012′s Magic Mike, it’s no wonder Warner Bros wants a sequel, and now it looks like Mike himself will be writing it.

The Hollywood Reporter brings word that Channing Tatum is hard at work on the script for Magic Mike 2. This makes perfect sense since the original is loosely based on his early career as a male exotic dancer.

There’s no word if any of the original cast are returning.

The first film was directed by Steven Soderbergh, but since he’s retired from feature films (he hasn’t changed his mind yet, has he?) don’t expect him to direct, though he may produce.

Last I heard Tatum was going to direct.

ONTD, who would be in your dream cast for the sequel?