Beyonce and Barack Obama in a love affair? 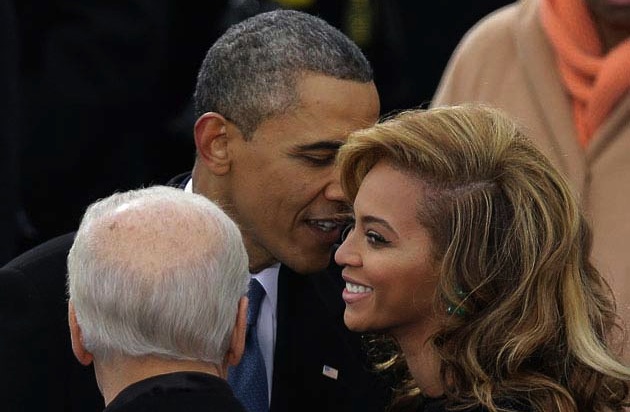 This morning, the paparazzi Rostain Pascal was the guest of "Live Grand Media" with Jean-Marc Morandini, on Europe 1, on the occasion of the release of his book "Voyeur, Memoirs of prying paparazzi king."

During his interview, the paparazzi revealed exclusively that tomorrow the Washington Post will evoke for the first time a link between Barack Obama and singer Beyonce.

Pascal Rostain said: "You know, at this time, the United States, there is something big that is happening. Moreover, it will come out tomorrow in an edition of the Washington Post, so we can not say that it is the gutter press, a supposed connection between President Barack Obama and Beyoncé. I can assure you that the world press is obviously going to talk about," said Pascal Rostain.

"Today all the press talk about these stories of love and the so-called serious press made a big step towards the tabloids, it's obvious." Note that François Hollande is now in the U.S., and if the information Pascal Rostain, U.S. President finds himself in a situation quite similar to that of French President even if he was not married.

This is 99.99999999% false by the way and it's just the French media making shit up because they're pressed about Hollande.