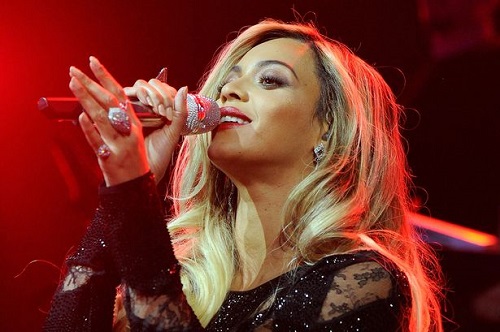 It's already one of the most exciting line-ups to date so levels of hysteria have reached new highs following reports Beyoncé is set to perform at this year's BRIT Awards.
The Drunk in Love singer is tipped to bring her sexy dance to the stage at the ceremony for the first time in ten years, joining Katy Perry, Pharrell Williams, Arctic Monkeys and Ellie Goulding.
The 32-year-old singer was due to perform at the annual ceremony in 2013 but had to cancel because her new material wasn't ready but is reportedly on board for the event this month.
The star will also join Lorde, Disclosure, Rudimental, Bastille and Bruno Mars on February 19 at London's O2 Arena and organisers are hoping the show will be viewed by over 10 million people.
"Beyonce is on," a source told The Sun. "The only reason this has not yet been announced officially is because the Brits guys are nervous that it could all go wrong again.
"But what I can tell you is that in her camp it's 99.9 per cent on."