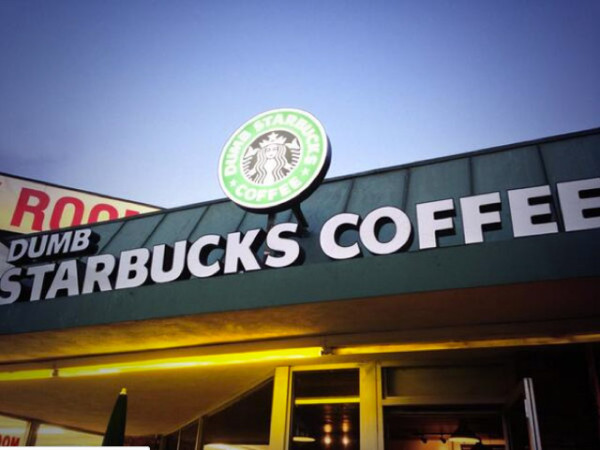 “Ugh I don’t know, let’s just go to dumb Starbucks.” If you’re like us, you’ve probably uttered something similar to this at some point in your coffee searches.

Well, now you can go to a real place called Dumb Starbucks in Los Feliz, which opened Friday, KPCC reports. The store at 1802 Hillhurst Ave. uses the Starbucks corporate logo and looks nearly identical to a real Starbucks, with “dumb” versions of its menu items.


Enjoy our full menu of coffees and cold drinks pic.twitter.com/wPacrEEH9k

Dumb Starbucks was open Saturday with steady business, according to KPCC.
The store even offers an FAQ, although notably missing is what the hell this thing actually is. 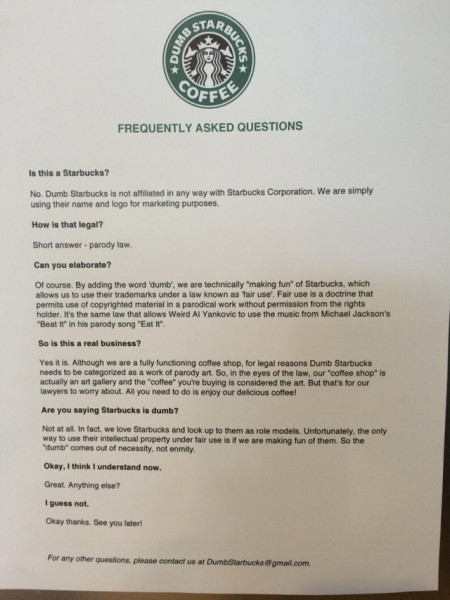 It's not even funny though