Two icons — Hearst Castle and Lady Gaga — will come together next week when the pop singer begins a creative project at the former estate of media magnate William Randolph Hearst. Shooting dates have not been confirmed, according to Remar Sutton, board member of the Hearst Castle Preservation Foundation. He did not give details of the project but said it was much more involved than a music video, for instance.

While there, Lady Gaga will also tape a water-conservation public service announcement and a short feature on the castle’s uniqueness, to be donated to the Hearst Castle Preservation Foundation. The flamboyant entertainer and art lover has toured the castle before and has a keen interest in its art work and the extraordinary detail of its architecture – especially the ceilings, Sutton said.

Lady Gaga, her parents and her associates have agreed to donate $250,000 to the foundation, pay the castle’s standard $22,100 special event fee and reimburse the state for all costs related to the production. That includes extra staffing for heightened security and rearranged tour routes. 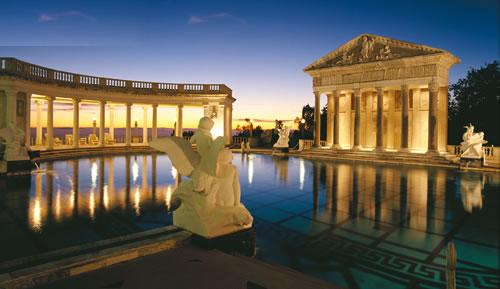 She also has agreed to underwrite a $25,000 study evaluating the feasibility of connecting two wells in the San Simeon Campground to Cambria’s water system. Doing so could help stabilize the water supply for the community and State Parks. (Hearst Castle is now a state park.) Cambrians are under Stage 3 water restrictions, the most stringent in a set of regulations imposed during water shortages.

The castle is perhaps best known for its eccentric creator/owner, extensive art collection, ties to the entertainment industry and the estate’s heyday between 1919 and 1940. But a Lady Gaga video could put the monument firmly on the radar of the millennial generation, many of whom may not even have heard of Hearst Castle. Local production is expected to take about three days, during which time tour routes may be rearranged somewhat. However, some tour takers may be able to see filming-related activities. Dozens of area hotel rooms were expected to be occupied by the more than 125 crew members involved with the production.

The Deed of Trust between Hearst Corp. and the state of California prohibits commercial enterprises at the castle. But corporation officials can approve such uses if they will benefit the castle and state residents, according to Stephen Hearst, vice president and general manager of the corporation’s western properties. Hearst said in a telephone interview Saturday that he agreed to allow the commercial-venture taping on the hilltop because of Lady Gaga’s $250,000 donation and commitment to help promote the preservation foundation and the monument.

A related -- if temporary benefit -- of the Lady Gaga production is that the world-famous but leaky outdoor Neptune Pool is being refilled for the taping sessions. Because of the historic California drought, State Parks last month began draining the 345,000 gallons of water in the 95-by-104-foot pool, using it to irrigate castle plantings. Special connections were made between the pool and the irrigation system. The pool reportedly loses 3,000 to 5,000 gallons of water a day due to evaporation and to leaks that are due to be repaired, perhaps as early as this summer. It wasn’t prudent, officials said, to continue those losses at a time when water supplies are so low.

The Hearst Corp. donated the water to top off the pool for the Lady Gaga production, estimated at about 100,000 gallons, Hearst said. And the water? It still will be used to irrigate the gardens, as it would have been if it had been left in the reservoir, Hearst said. “We haven’t ‘spent’ any water,” he noted. “We’re just storing it somewhere different” for awhile. The nonprofit preservation foundation’s primary mission is to help preserve and restore Hearst Castle's 25,000 artifacts and artworks. 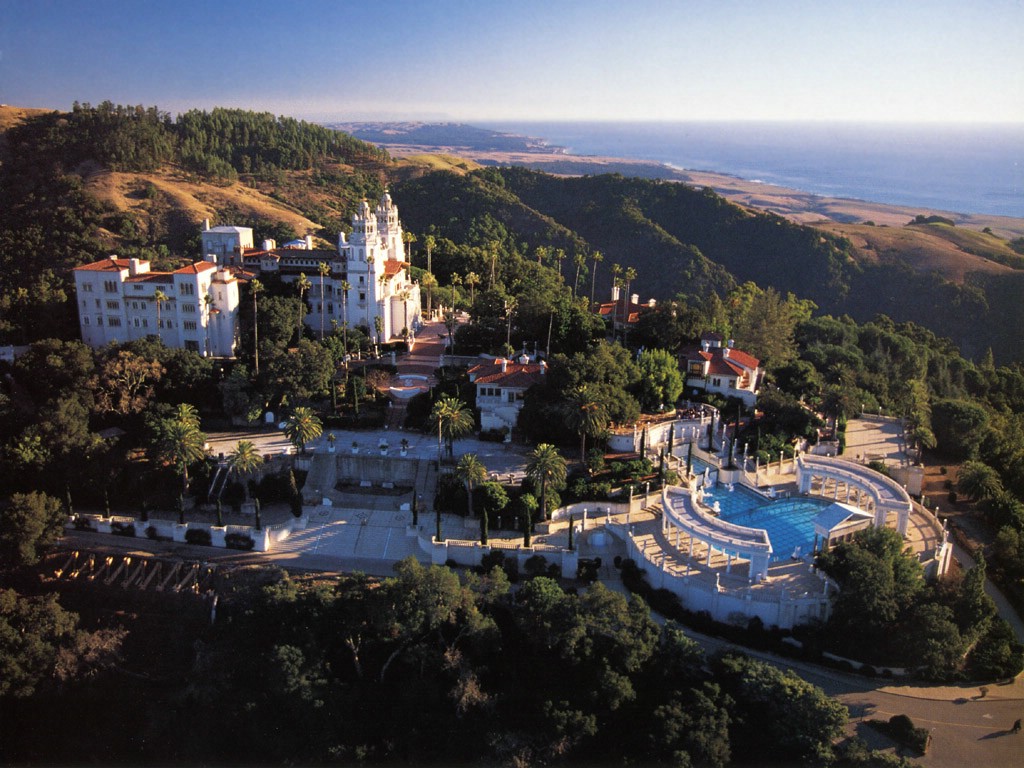 The rumor going around is that the next single is G.U.Y. and the music video will be directed by Jonas Akerlund