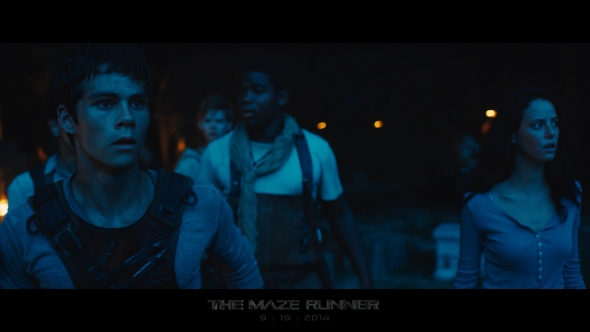 Wes Ball, director of ‘The Maze Runner’ posted this new still with the caption:

"Hey gladers. Another cool frame this week. What do you think is going on?"

The Maze Runner’ is about a boy named Thomas, who wakes up in an elevator, remembering nothing but his own name. He emerges into a world of about 60 teen boys who have learned to survive in a completely enclosed environment, subsisting on their own agriculture and supplies.
Every 30 days, a new boy arrives in the elevator. The original group has been in “The Glade” for two years, trying to figure a way out, believing that the only escape is through the Maze that surrounds their living space. They have begun to give up hope. Then a comatose girl arrives – the first ever girl to join the group – arrives with a strange note, and the world as they know it begins to change. 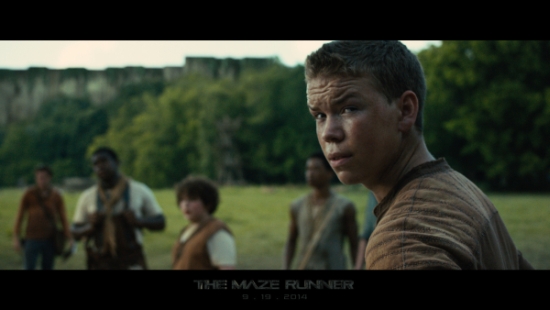