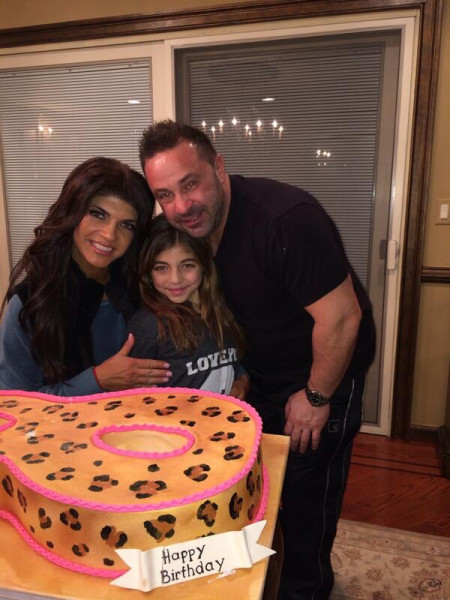 And all Real Housewives of New Jersey fans know what that means… an over-the-top Teresa Giudice party!

Or not! With all of her criminal charges pending, Teresa and Joe celebrated their third daughter's birthday with what appeared to be a lowish-key family celebration complete with leopard-print cakes. 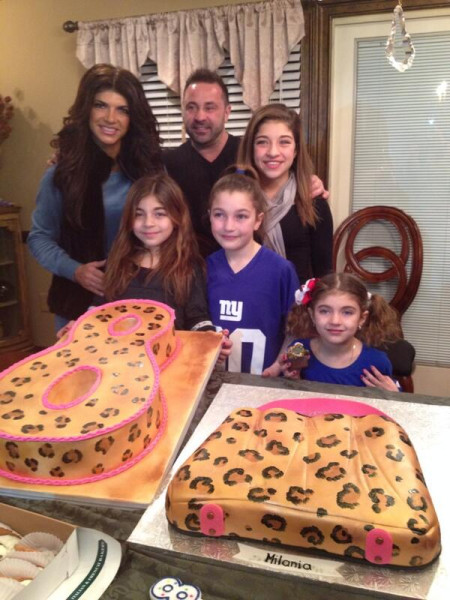 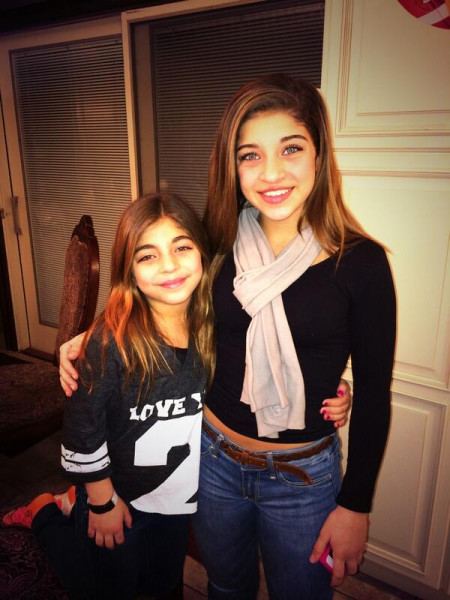 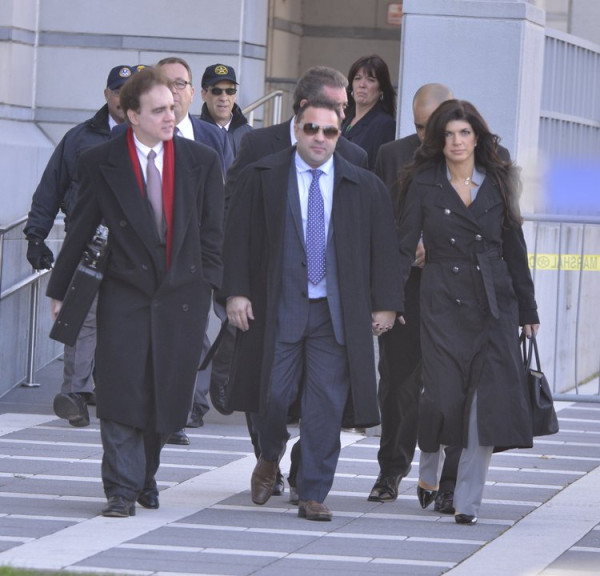 Each time I read new documents in the fraud trial of Joe and Teresa Giudice, I practically break out in hives imagining the cost for each document, each piece of research, every billable minute the legal team is working away on their case.  It's mind boggling.  I'd give anything to see the total when all is said and done.  The Real Housewives of New Jersey better go for at least another 30 seasons so Tre can pay her bill.

Teresa and Joe's attorneys filed some new documents in the federal fraud case yesterday.  Teresa's attorneys are still trying to get more information from the prosecutors and you can feel their frustration in trying to get a few issues resolved.  They reiterate their reasons for demanding that Teresa be severed from Joe for the trial and are asking for clarification on many of the counts.  It's an interesting read, once again!

Some of the highlights are below, including a letter Joe's attorney filed that just states Joe's position on Teresa's requests. I tried to bold the more important and interesting statements for those who would prefer to skim.  I cut out some of the longwinded wording, but tried to keep it as intact as I could.

1. TERESA GIUDICE MUST BE SEVERED FROM JOE GIUDICE TO PRESERVE HER CONSTITUTIONAL  RIGHT  TO TESTIFY  ON HER OWN BEHALF

As set forth in Teresa' s Memorandum in support of her pretrial motions, the Court should sever the trials of Teresa and Joe Giudice to protect her two basic trial rights.   Severing the trials is justified to protect Teresa' s rights to: 1) testify on her own behalf, and 2) not testify against her husband. United States v. Dobson. Teresa will be prevented from the protection of both rights if she has to choose between them.

As the courts in Dobson and Ali correctly held, if a spouse such as Teresa chose to testify as to her innocence , it may inculpate her husband.  Thus, she is placed in the position of choosing to testify on her own behalf, or not testifying at all . This result is improper, and warrants severance of the trial.

Additionally, should the Court proceed with a joint trial, Joe will likely invoke his Fifth Amendment constitutional right and forego testifying, despite likely exculpatory testimony that he and others, not Teresa, signed various loan documents. If the trials were severed, Joe could testify in Teresa' s defense. This scenario fits squarely within the considerations set forth by the courts cited above.

The evidence at trial will show that almost  all of the loans acquired by the Giudices had been paid off, long before the bankruptcy petition was filed. Specifically, the evidence will show the following:

Loan 1: 81 Marshall: Homecomings: September 2001:  paid off prior to bankruptcy; 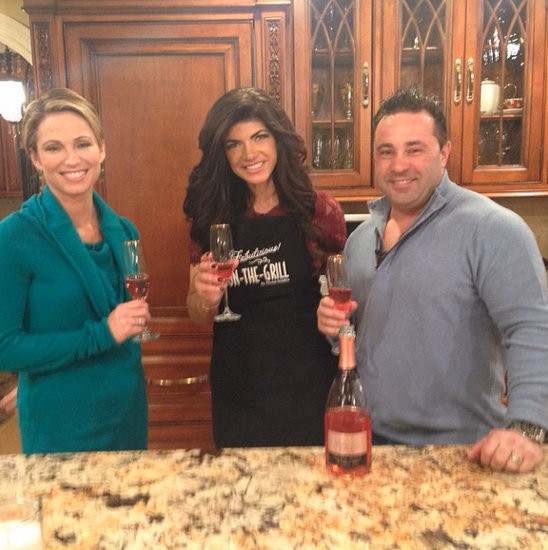 In case you haven't heard Teresa Giudice and Joe Giudice are in big time trouble and face a mounting 41-count federal indictment for several different types of fraud.

In light of her legal woes, the Real Housewives of New Jersey star, whose troubles will be featured on the upcoming season, insists she's staying strong and trying to make the best of a bad situation for the time being. “I can’t just be upset and crawl up in a ball and just go in a room and —  and lock the door.  I can’t.  I’m a mom.  I have four daughters,” Teresa tells ABC News.

Teresa does admit that it's hard to get through the day, however, and in private she is falling apart. "I would be lying to say I didn’t, you know, that’s not happening,” she shares. The hardest part, she says, is "my kids going through this." Should have thought of that BEFORE, you know, lying and defrauding! "I'm a role model for them," Teresa explains. A role model of what NOT to do!

“My oldest does know something’s going on," Teresa confesses of Gia, 13, being aware. "But — you know, we say, you know, ‘Mommy and daddy, you know, have a legal team that’s handling it.'"

As for why she's kept quiet in the media about the intricacies of the case, Teresa says she's not permitted to discuss the details just yet! “I would love to answer all your questions and one day I will.  But, you know, out of respect of the process, I’m going to let, you know, the legal matters play out in court.”

Interestingly Teresa claims the show did not "pressure" her to exaggerate her wealth. "I don't try to keep up with the Joneses," she states. Nope, only the Gorgas! In real life, Teresa insists, "I'm very low-key. I try to put my best foot forward; I try to be who I am."

Teresa also says the situation is making her marriage better than ever – despite newly emerging rumors of Joe cheating! “No rumor is ever going to come between us,” Teresa maintains. “And, you know, if anything, through all this it’s made us stronger. I’m grateful for that.”

Joe is also adamant that the couple will fight this together – and he is sticking to his story that Teresa was uninvolved in the fraudulent dealings.

"You have to. You know, you really have to… I mean, you’ve got to be strong-minded, number one," Joe shares. "If you’re weak, you’re not going to make it." And Joe emphasizes, "One day at a time."  Despite all the heartache the couple is enduring, Joe remains "proud" of Teresa for how she has flourished in her career as a reality star and really built a business for herself. Indeed, Teresa is currently working on her fifth cookbook.

Both Teresa and Joe claim the Fabulicious empire is what they hope will be their legacy. "The reason why we're doing it is for our daughters," Teresa says. "So they can think about their futures and what choices they wanna make in their lives."

As for what we'll see of the legal process on the upcoming season of RHONJ, Teresa admits - not much! "I can't answer any legal questions while filming. And I have to say everyone's been very respectful of that." Teresa also shares that "everything's good" with Joe and Melissa Gorga. "At the end of the day you just bury the hatchet and move on."

I must say, Teresa is looking FAB in the video – new makeup and hair looking flawless. I'm glad she's ditched the Jersey excess where looks are concerned – I guess her crisis PR manager taught her something!