Are Taylor Swift and One Direction's Niall Horan More Than Just Friends? 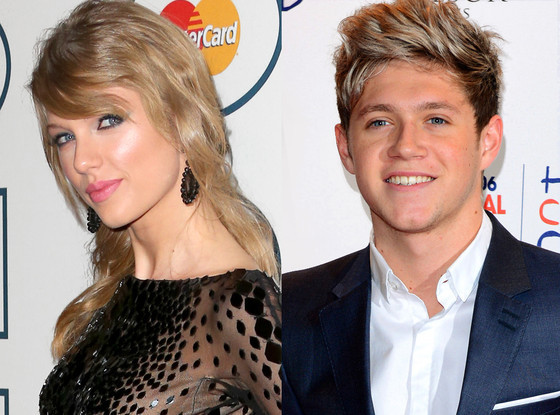 Is Taylor Swift romancing another member of One Direction?
Rumors first began swirling after Niall Horan was spotted at the singer's sold-out concert in London's O2 on Sunday night. Horan was watching her performance from the side of the stage and even sang along at some to some of her more famous tunes. But a rep for the boy bander tells E! News, "He is just a fan of her music. There's nothing going on." An eyewitness also shared with us that the heartthrob was "just in a big group of people," and that no other members of the pop band were present. "He was only seen during her last song of "We Are Never Getting Back Together," where he was at the side of the stage," the insider explained.

And it looks as though recovering from knee surgery didn't stop him from having a blast.
Horan, who is still on crutches, "seemed like he was enjoying [the show]" and "applauded her at the end." Immediately after T.Swift belted out her final song, Horan was "quickly taken away by his security." Swift encountered another fan during the same concert—only this one wasn't famous and was a bit scary. An obsessed fan rushed the stage to approach the blonde, running up a flight up stairs and coming face to face with the 24-year-old. Luckily, her security detail quickly escorted the male offstage and she was able to carry on with the show. A little too close for comfort if you ask us!
source
no.