How Justin Bieber's Parents Are Dealing with His Behavior 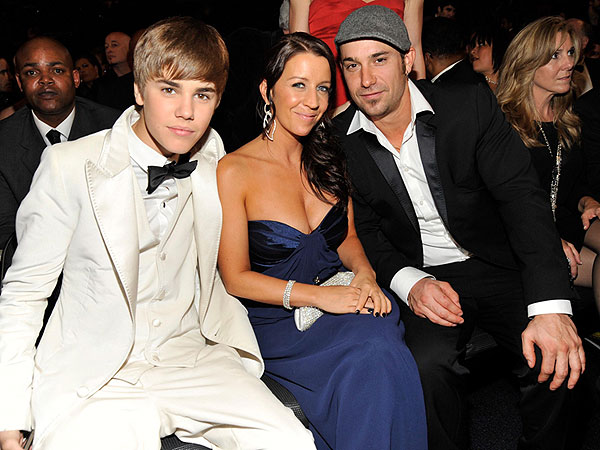 Sometimes, it's not just children who go through growing pains.
Take for example Justin Bieber's parents, Jeremy Bieber, 38, and Pattie Mallette, 37.
Over the past year and a half – and especially over the past few months and weeks – Justin has been in the news for all the wrong reasons. While he has shining moments of star likability (like this charity trip in Guatemala), he's been on a tear of misbehavior from DUI in Miami to causing a ruckus on a plane.
And while he is over 18 (he turns 20 on March 1), it's only natural to wonder: where's his mom and dad? The answer: still at his side – but possibly more as pals than parents.
"When your kids hit a certain age your parenting style changes and it is hard letting go. A lot of people might think that I have my head in the sand or that I am oblivious to the things my son is doing," Mallette explained to PEOPLE last summer.
"I know who my son is and I don't always agree with every single thing that he does but I don't necessarily have to address that with everyone else. He's my son and I have to respect he is not going to want me going around being 'that mom' talking about his behavior."
After his arrest on Jan. 23, Justin jetted off to Panama, where both Mallette and Jeremy were on hand (along with Bieber's manager, Scooter Braun, and his mentor, Usher). The group's approach was less iron fist and more shoulder to lean on: "They're not confronting him but giving him advice," a pal of the singer said at the time.
Jeremy, who had been with Justin in Miami, Tweeted his defense of his not-so-little boy: "I can protect my kids, but I can't protect them from you or your lies. Believe in the truth not in the lies of the enemy." He later added: "Proud." Justin responded with his own glowing words about dad: "He's taught me how to love, learn, and stay true to myself."
But what else is being passed on? While Jeremy and Justin spend time together aside from hip clubs and beaches (Jeremy posted a sweet photo of Justin sleeping next to his little brother, Jaxon), they have also been partners in less-than-stellar behavior.
According to a report, Jeremy allegedly misbehaved – along with Justin – on a recent flight from Toronto to New York for the Super Bowl. His response to the reports? Going back to business as usual and showing off a possible new toy: a Batmobile-inspired golf cart.
And Justin's response? To play with his former hockey team and then have a night on the town with T.I., Rick Ross and Sean Combs, in Atlanta – where Mallette flew in a few days before him.
So with or without his parents around, Justin is going about his business his way. "Everybody around him has been telling him he can do what he wants and he has no limitations," an industry insider told PEOPLE. Added another: "He acts as though he's never heard the word 'no.' "
Right or wrong, they're letting him live on his own terms – mistakes and all. "His life was my life and now I've had to let him go a little bit and let him be independent," Mallette said. "It is hard to not be able to control everything that your adult child does."