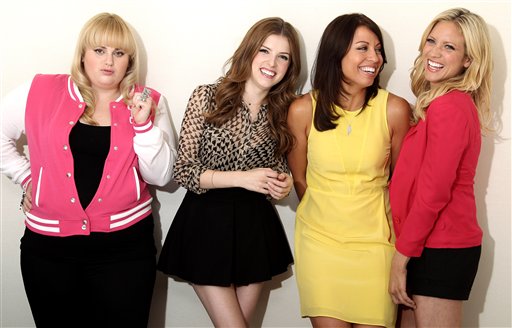 Anna Kendrick and Rebel Wilson have closed deals to reprise their roles for Pitch Perfect 2, Universal and Gold Circle’s sequel to the 2012 musical comedy.

As first reported by The Hollywood Reporter, Elizabeth Banks, who produced and co-starred on the original, is directing the new movie, which has a release date of May 15, 2015.

The actresses were expected to return but both had become increasingly busy since the first film became an unexpected sensation.

Kendrick’s single "Cups" from Pitch Perfect made her a triple platinum recording artist with combined sales of a little less than 3 million units sold. She recently wrapped Disney’s adaptation of the Broadway musical Into the Woods.

Wilson, meanwhile, currently stars in the ABC comedy Super Fun Night, which she created, produces and writes. She is shooting a turn in Night at the Museum 3 and hosted the 2013 MTV Movie Awards and won the awards for Breakthrough Performance and Best Musical Moment.

Paul Brooks will produce Pitch Perfect 2 for Gold Circle Films alongside Banks and Max Handelman for their Brownstone Productions shingle.