American Gods picked up by another company after being dropped by HBO, Anansi Boys to be developed into BBC mini-series. 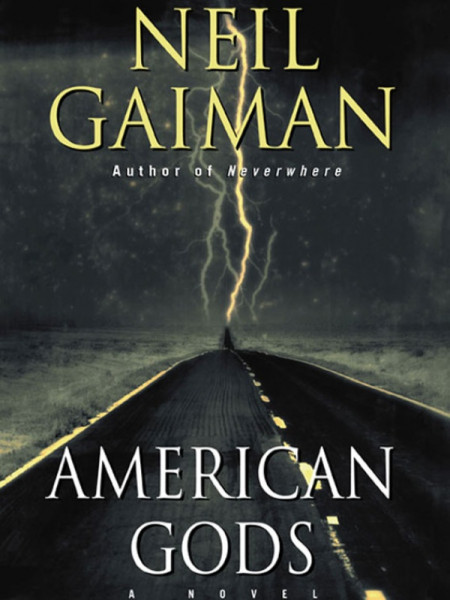 Back in November we found out the depressing news that the TV adaptation of Neil Gaiman‘s hit book American Gods was no longer in development at HBO—likely due to (or at least impacted by) their decision to go all-in with the Damon Lindelof series The Leftovers.

Now American Gods has found a new home. It’s been announced that FreemantleMedia has acquired the rights to the project, though it’s not yet known what channel you can expect to see the show on yet.

Continue reading for more, including a quote from Gaiman on what happened with HBO and how the deal with Freemantle came to be.

“A few people have asked for more background on this: HBO had an option on American Gods for several years. It went through three different pilot scripts. HBO has a limited number of slots and, after a while, passed it to Cinemax, who are in the HBO family, who decided eventually they didn’t want to do it, and the option expired, which unfortunately meant we couldn’t work with Tom Hanks’ production company Playtone any longer, as they are exclusive to HBO. However, Stefanie Berk, who had been one of the brightest stars at Playtone, had recently moved to Freemantle, and was as determined as she had been when she was at Playtone to bring American Gods to the screen. And I was impressed by her determination.”

While it’s exciting to know American Gods has found a new home, where the show actually airs will be a big deal to many, and remains the biggest question mark. Freemantle’s list of shows mainly consists of game shows like The Price is Right, Minute to Win It, and Let’s Make A Deal, reality competitions like America’s Got Talent (and the many variations around the world), American Idol (and other variations around the world), Project Runway, and The Biggest Loser, and reality shows like Deadliest Catch, Ax Men, and Ice Road Truckers.

The company is currently boosting their scripted TV division with shows in development for A&E, Spike TV, and The CW, so it will certainly be interesting to see where the newly acquired American Gods lands.

Gaiman also revealed in the same blog post he confirmed the American Gods news in that his Anansi Boys is getting a miniseries adaptation by RED Productions for BBC.

Not sure I trust anyone to do American Gods right and 'meh' at Anansi Boys.