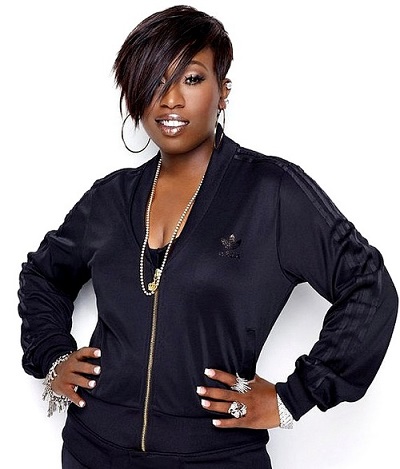 It’s been nine years since Missy Elliott released her last album, and you’ll have to keep waiting. The hip-hop icon explains why she’s taking her time to release new music.
In a video chat with Yahoo!’s “The Yo Show,” Missy discussed her lengthy hiatus from the music industry.
“When I create something, it’s gotta be special and it can’t just be to throw something out there because I feel like I’m Missy,” said the 42-year-old rapper. “I gotta feel like what I’m giving the fans is 100 percent and that it’s game-changing. I don’t just throw out microwave records.”
In September 2012, Missy dropped the Timbaland-produced singles “9th Inning” and “Triple Threat,” but her seventh album Block Party has yet to see a release.
But writer’s block is not to blame. “Just being inspired by things is what I’m grabbing for because music is different now,” she explained. “Not to say that it’s bad, it’s just different now, so I’m just trying to make sure that what I give is 100 percent because I know that expectations is high from my fans and it’s high of myself.”
She did, however, reassure fans that she is planning a comeback. “It’s coming. I just ain’t telling nobody when.”
In the meantime, she has collaborated with her longtime friend Faith Evans on her upcoming album Incomparable.
source
Tags: missy elliot, music / musician (rap and hip-hop)
Subscribe
Previous
← Ctrl ← Alt
Next
Ctrl → Alt →
Previous
← Ctrl ← Alt
Next
Ctrl → Alt →