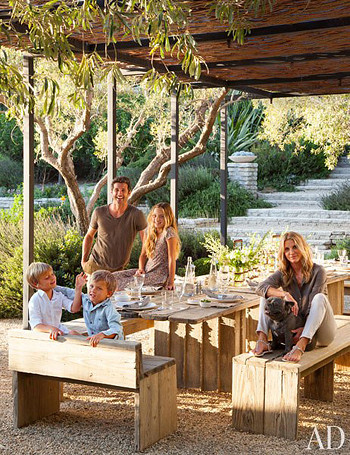 Patrick Dempsey has at least one thing in common with his Grey's Anatomy character, Dr. Derek Shepherd – a gleaming Airstream trailer, parked permanently in the backyard. Dempsey, 48, shows off the trailer, the grounds and the rest of the impressive Malibu home he shares with his family in the March Architectural Digest.

"We were looking for a little land and space, and a house with some architectural significance," he tells the magazine. The house was designed by celebrated architect Frank Gehry, and was originally intended to be a combined studio and residence when it was built in 1968.


A vintage Jacques Adnet daybed from Blackman Cruz beckons in the entrance hall. 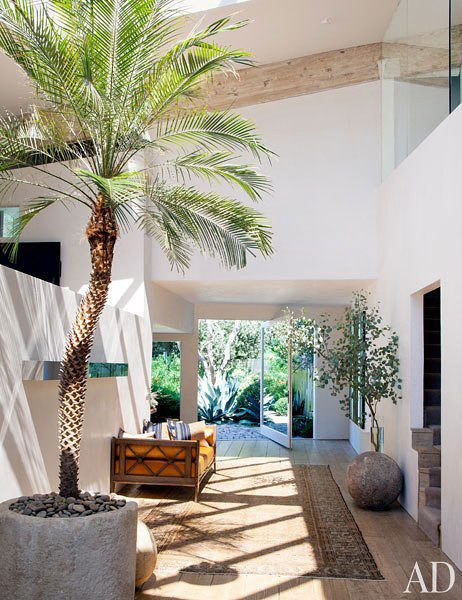 Custom-made sofas upholstered in a Great Plains fabric stand before the living room fireplace, which is surmounted by a Waldo’s Designs mirror; the painting at left is by Thomas Helbig, the large round table is by Dos Gallos Furniture, and the Alma Allen low stool (used as an end table) is from Heath Ceramics. Jillian Dempsey made the sculpture displayed on the cocktail table. 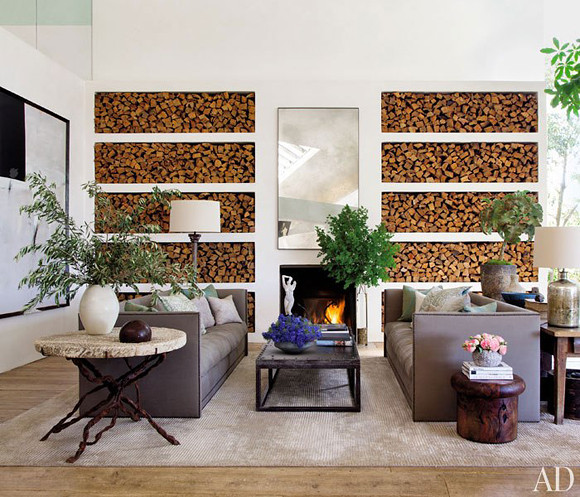 The kitchen features a concrete sink and countertops as well as a Wolf range and a Best hood. 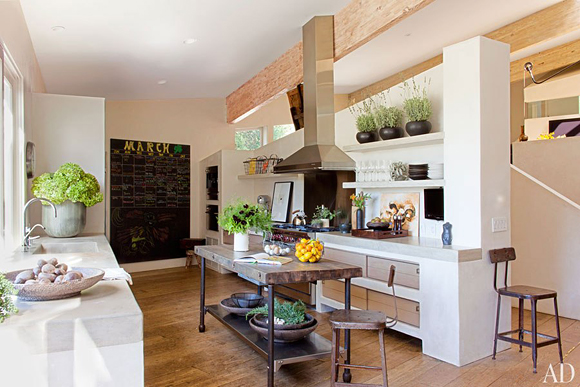 The sculpture studio’s custom-made Shrader Design sofa is clad in a Great Plains fabric and features decorative pillows by Brenda Antin; the cocktail tables are by Lucca Antiques, the leather daybed/bench is by Caste, the floor lamp is from Obsolete, and the Moroccan carpet is from Lawrence of La Brea. 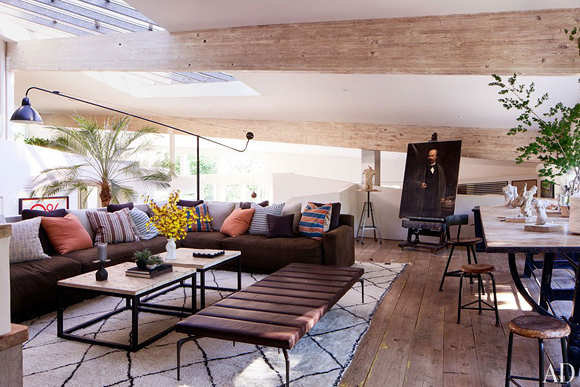 Darby and Sullivan leap into the swimming pool, which is surrounded by a recycled-wood deck; the seating is cushioned with Perennials fabrics. 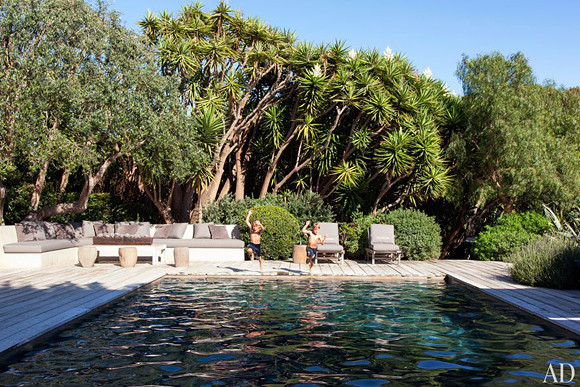 Flowers, herbs, and vegetables flourish in a garden’s raised beds, which are constructed from reclaimed scaffolding; the area is paved with gravel and stabilized decomposed granite. 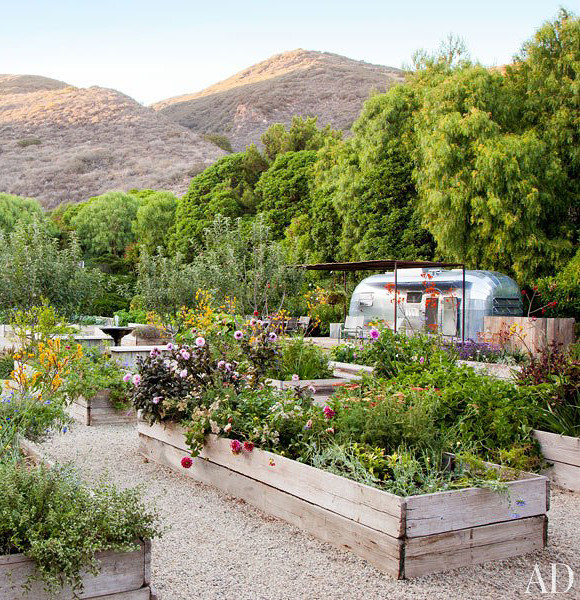 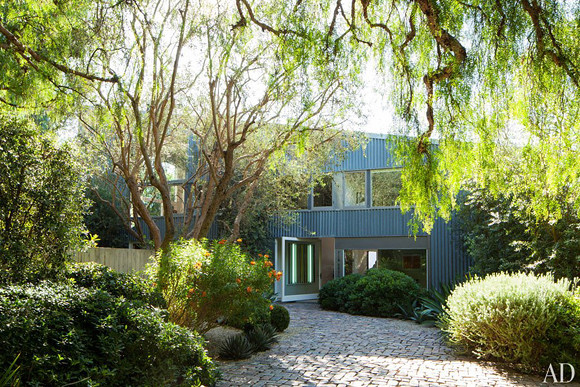