The classic anime series will debut all-new episodes in time for its 20th anniversary in the U.S. Toei Animation has revealed that a Sailor Moon reboot will begin airing in Japan this July, according to website AnimeNewsNetwork.com. 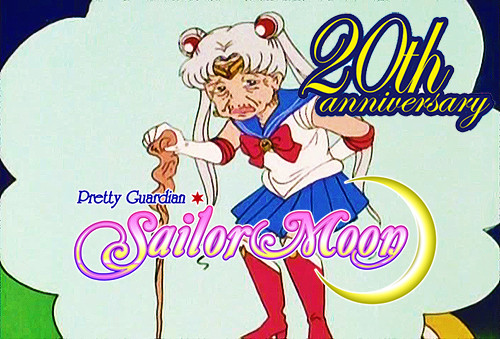 Producer Atsutoshi Umezawa announced that the new television series is neither a remake nor a continuation of the original. Instead, it will be a faithful adaptation of author Naoko Takeuchi’s “original manga and starting from scratch again.”

This news should excite LGBT fans of the popular anime series, as several queer characters featured in the Sailor Moon universe — who later had their sexuality changed or gender identity switched when the show aired in North America — will most likely remain intact this time around.

The original Sailor Moon anime became a template for the “magical girls” genre of animation and was broadcast in Japan from 1992 to 1997. It began airing in the United States in the mid-1990s via syndication.

The series will be available online via the NicoNico streaming service, with subtitles in 10 different languages

Source
just picked up the manga (on vol. 4) and I'm rewatching the anime with it - they are sooo different from eachother